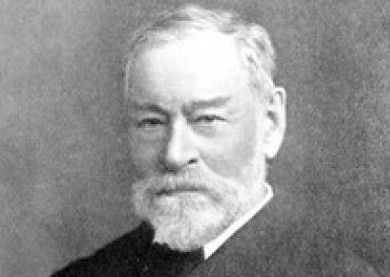 The son of a mechanical engineer, inventor and builder William Ford Robinson Stanley was born in Buntingford, Hertfordshire, and although receiving rather a limited formal education did attend classes in technical drawing at what we would now call Birkbeck College. In 1849 he worked with his father at an engineering works in Whitechapel. Here William made improvements to the design of the tricycle and by 1854 was in his own business at 3 Great Turnstile, Holborn, as a worker in metal and ivory and a scientific instrument maker.

His ‘Panoptic Stereoscope’ introduced in 1855 proved profitable and the business expanded with the addition of another shop at Holborn Bars. At the 1862 International Exhibition he was awarded a medal for his straight line dividing engine. This award brought him considerable extra business and laid the foundations for later large-scale business success. He commenced work as an author and in 1866 published ‘A Descriptive Treatise of Mathematical Drawing Instruments’ which became the standard work on the subject reaching a seventh edition in 1900. Further branches of the business were opened at Lincoln’s Inn, London Bridge and Norwood and the firm became W F Stanley and Co in 1900 with a capital of £120,000.

William Stanley made substantial improvements to the theodolite and other surveying instruments and his numerous inventions included a meteorometer patented in 1867 which recorded simultaneously wind direction and pressure, temperature, humidity and rainfall. There was also an integrating anemometer (1883), a coin in the slot machine (one of the first of its kind) for automatically measuring people’s height (1886) and a spirometer for determining lung capacity (1887). He had a considerable interest in photography and made improvements to camera lenses.

As well as his many scientific interests Mr Stanley involved himself in painting, wood carving, architecture, music and drama and lectured widely. He composed part songs and had some of his oil paintings exhibited at the Marlborough Gallery. He designed his own house, Cumberlow, in South Norwood to which he retired in later life. As an author he was quite prolific and amongst his works might be mentioned ‘Photography Made Easy’ (1872), ‘Stanley’s Pretty Figure Book Arithmetic’ (1875), ‘Experimental Researches into the Properties and Motions of Fluids’ (1881), ‘Surveying and Levelling Instruments, theoretically and practically described’ (1890), and ‘Joe Smith and his Waxworks’ (1896).

In Croydon and Norwood he took a prominent part in public life and many local hospitals, technical schools and other charities benefited from his generous philanthropy. Near the bottom of South Norwood Hill close to Norwood Junction railway station you can still admire the excellent Stanley Halls designed and paid for by William Stanley himself and first opened to the public on 2 February 1903 at a cost of £13,000 (2 February was Mr Stanley’s birthday). At first there was a Hall and Art Gallery but a clock tower and another hall were added in 1904. In 1907 adjacent to the north the Stanley Technical School was opened and became an immediate success. Stanley later presented the buildings to the public with an endowment to the value of £50,000.

A cast-iron clock tower was erected in South Norwood at the junction of Station Road and the High Street in 1907 to mark the golden wedding anniversary of Mr and Mrs Stanley and this is still in place. The clock tower was financed by local public subscription as a tribute to Mr Stanley’s generously.