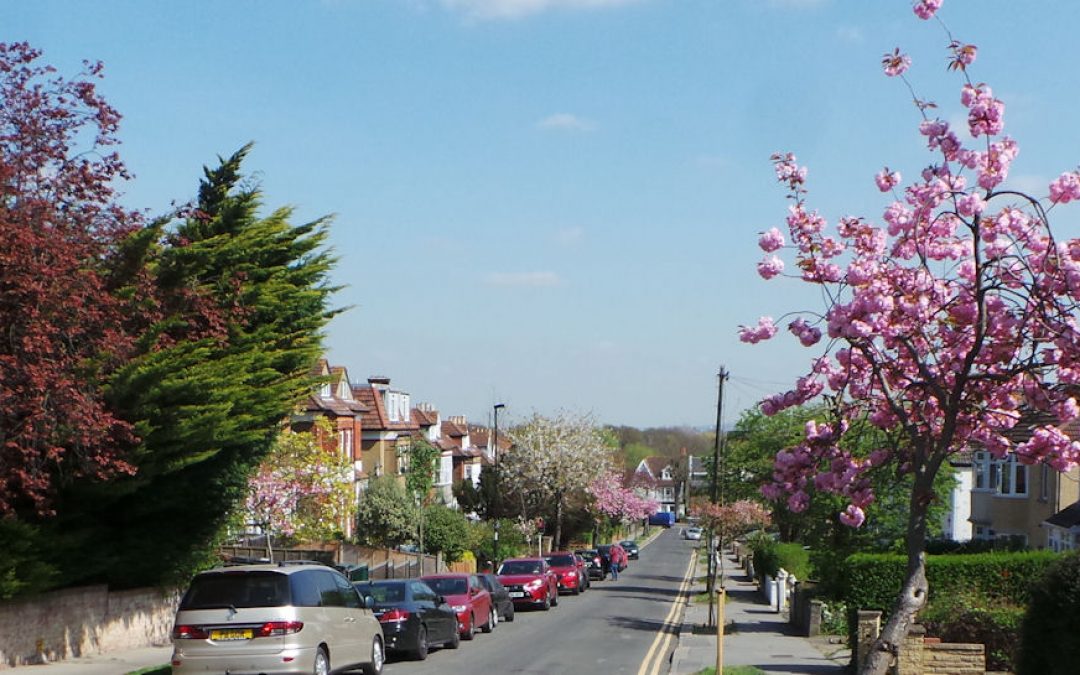 Howden Road is a road of two distinct halves. The northern side was built during the mid 1880s and consists of 14 grand, detached Victorian Villas. Number 1 was destroyed by a V1 rocket in World War II and the site is now occupied by a three story block of flats. The southern side was not built until the the early 1930s and is composed of 24 semidetached houses. 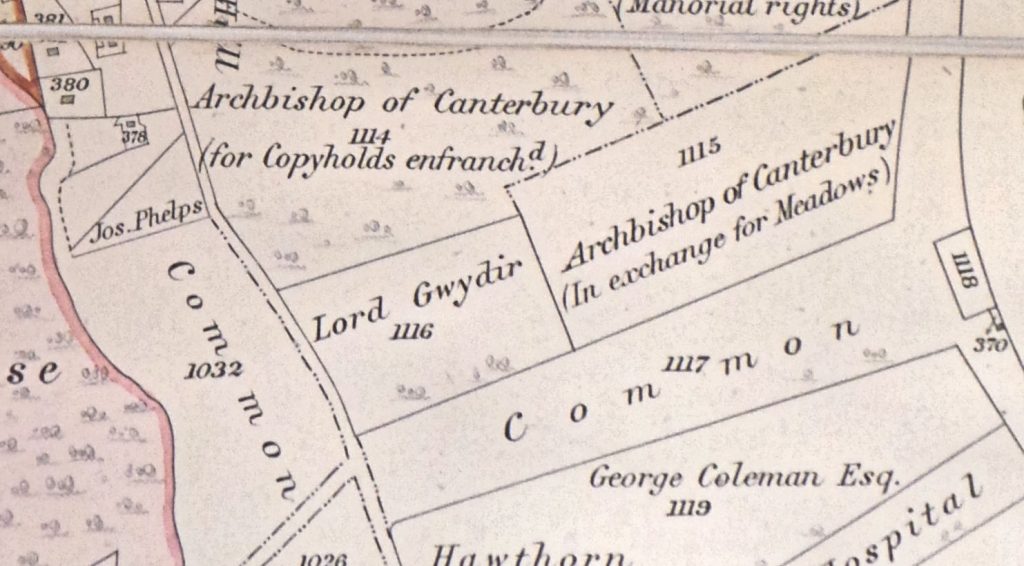 Extract of the Croydon Allotments map of 1800

Howden Road was laid out on land originally owned Lord Gwydir and the Archbishop of Canterbury. 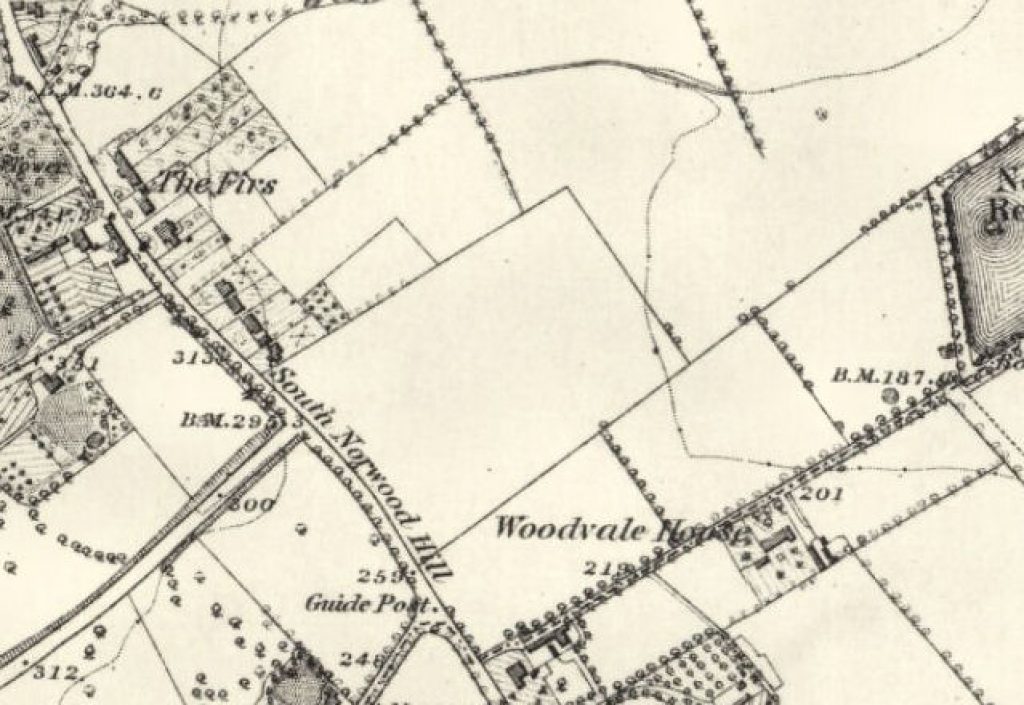 Howden Road was built after this map but followed the boundry line next to the ‘S’ of South Norwood Hill. 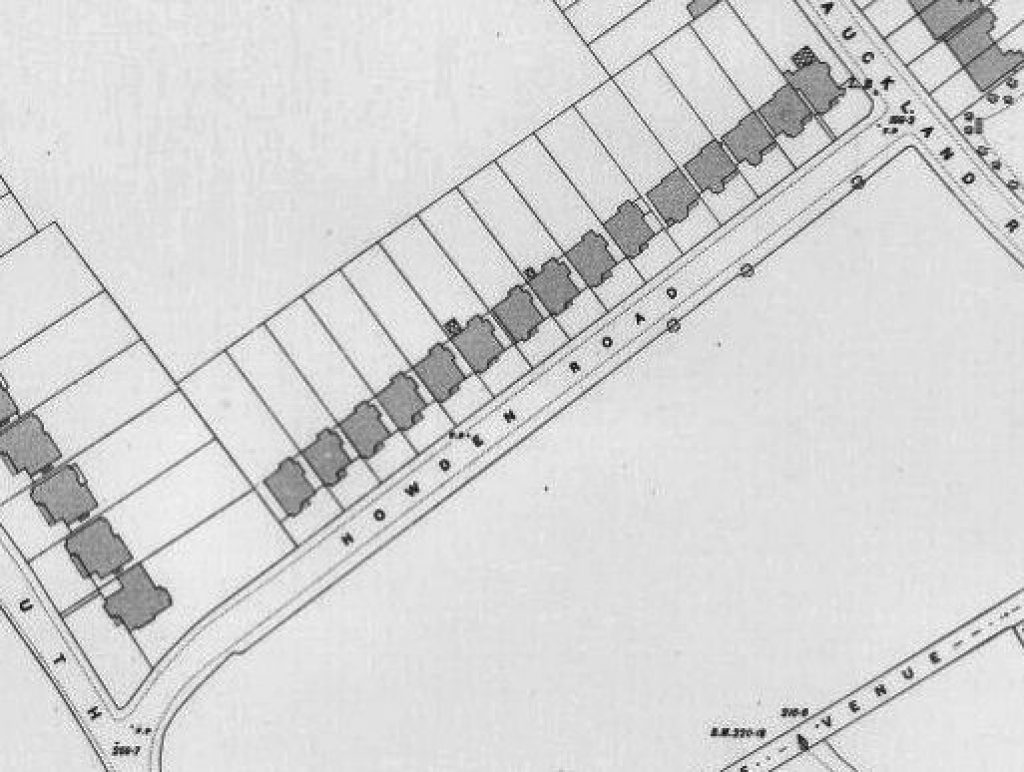 By 1894 Howden Road’s Victorian villas on its northern side have been built and inhabited. 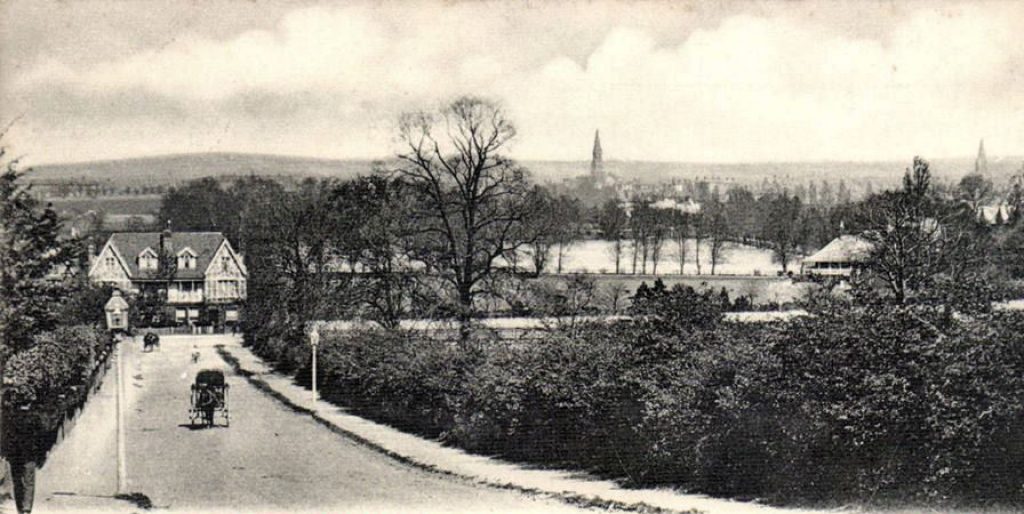 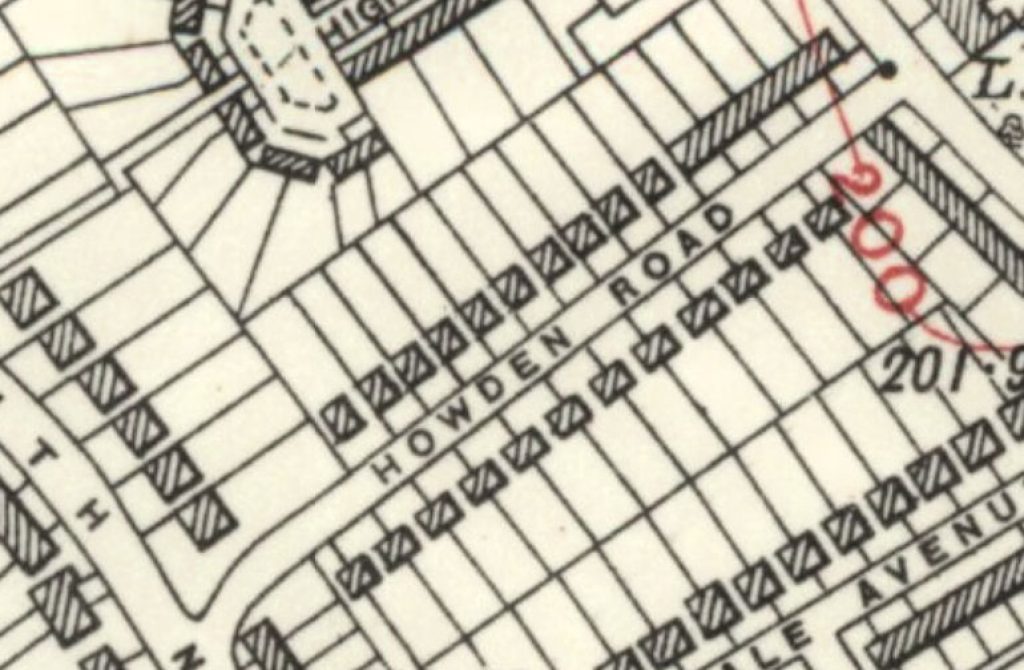 The semi-detached houses on the southern side of the road do not appear on the map published in 1930 but are clearly shown on the 1932 map. 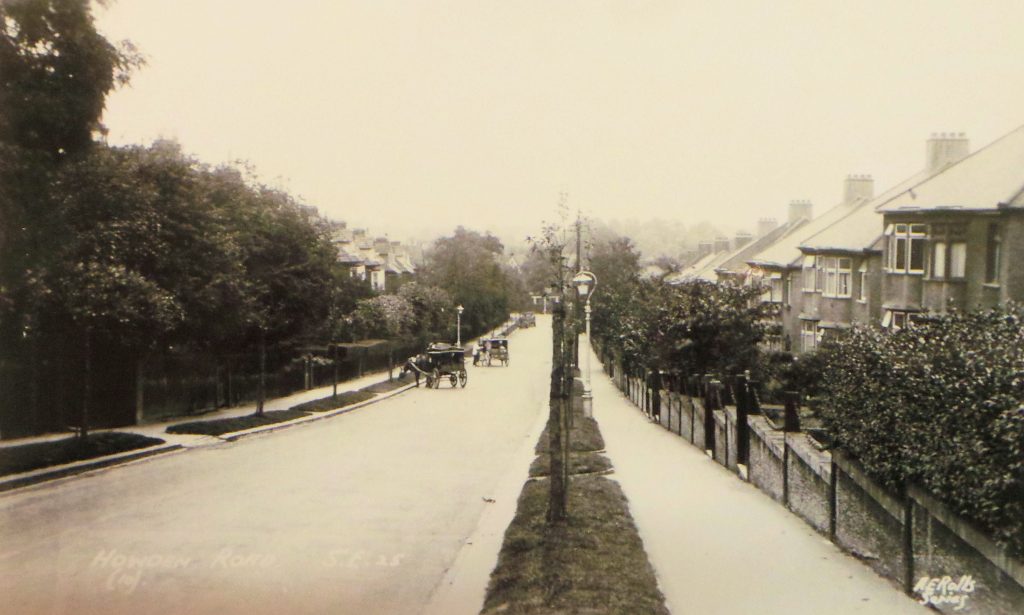 The northern side of Howden Road was developed during the early 1880s. 15 detached Victorian mansions were constructed for the nouveau-riche of Norwood. They were built mainly using redbrick imported from outside of Norwood. Local bricks,of London Clay were yellow in colour and used on the side elevations of some of the houses. 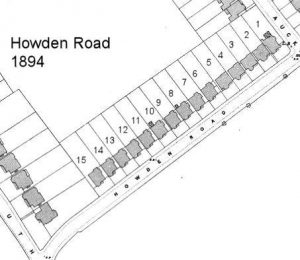 The houses on the southern side of the road, numbers 16 to 39 were added before 1927. They are typical interwar semi-detached properties.  Unusually Howden Road’s houses remain numbered sequentialy begining and ending at its junction with Auckland Road.  Many have loft conversions and attached garages to one side.  Number 32 is the only one to have converted its garage to accomodation and to have two dormer windows to the loft.  These were added before Croydon Council sensibly prohibited them in an effort to maintain the street view.

Huge numbers of similar houses were built in the suburbs around London.  They were usually laid out in wide tree lined streets.  Those in Howden Road are not as grand as some but were still intended to attract the ‘better off’ as residents. (Yorke, 2018).  Howden Road was not sewered, levelled or paved in accordance with the Public Health Act 1875 in 1928.  The Croydon Road’s Committee decided that notices should be served upon the residents to pay for appropriate works to be carried out.  The charge would be £1 11s 4d per foot of frontage.  Som of the residents in the Victorian houses thought that this was an excessive charge and objected to the scheme. (Roads Committee, 1828).

The houses vary in style, some are in matching pairs or threesomes, but all were constructed by the same builder. They were built on two main floors with gabled rooms for servants in their attics and have basements.  They have square bay windows on one or two floors at the front.  All have open timber framed porches with similar balustrades and fretwork decoration.  The 1911 census gives room numbers as varying between eight and fourteen.  This may well be down to how rooms were counted and it is likely that they all had at least eleven when built. Front doors originally had Art Nouveau stained glass panels, which remain at number 2.  Houses 8 and 12 have decorative stone panels above the front windows and a tiled panel below the first floor windows.  Originally porches were floored with red and black tiles in a simple geometric patterns.  Only three retain their original tiles. Bargeboards are plain but chimney stacks are typically elaborate in style of the late 1880s with London yellows interspersed with red brick.

It is thought that all the houses on this side of the road have basements, accessed from inside the house.  Those at 10 and 13 have been opened up to provide additional space for flats.  Of the original fifteen houses nine remain in occupation as substantial family homes with only six having been converted into flats.  Number 9 remained empty in 2018, several years after it was converted without planning permission!

Art Nouveau style window panels in coloured glass at number 2 Howden Road.  These are probably original and typical of around 1890. They are the only ones extant others having been replaced with newer glass or new doors.  Coloured glass panes remain in the small panes in the original sash windows at numbers 6, 8, 11, 13 & and 15.

Most Victorian households were run by servants. Over one million people worked in domestic service at the end of the 19th century. One in three of these were young women or girls under twenty years of age. A wealthy household might have employed several servants’ but even ordinary people such as shopkeepers’ teachers and skilled workers might have had a servant too.

The number of servants employed by the residents of Howden Road increased slightly between 1891 and 1911.  This does not follow the national pattern but is probably the result of several elderly residents moving into the road and employing nurses and companions in addition to the normal compliment of housemaids and cooks.  As the end of the century approached, the cost of servants had increased, and the number of people willing to do the work had declined; increasingly it was seen as a job rather than a vocation. 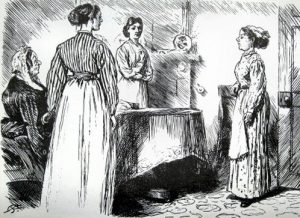 Maria Bowes, 78, also a widow at number 8, employed two domestic servants and a nurse.Spinster Claire Hartridge, 66, at number 1 employed a companion, lady’s help and a domestic.

Reginald Millar, 33 at number 4 employed a cook, housemaid and a nurse probably to attend to his two year old daughter Barbara.

In 1911 a quarter of the servants employed in Howden Road were local people.  A further quarter came from abroad including from as far afield as Australia and Ceylon; whilst the remainder came from the London area. 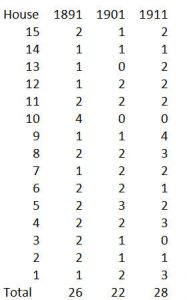 Number of servants per household in Howden Road.

Naming ones House is an old British custom which began with the gentry naming their manors, halls, and castles. The custom gradually spread to the masses and everyday folk began naming their homes as well.  Names often changed as householders died or moved, with new residents bringing their personal or family backgrounds into play.

Properties throughout the British mainland had just house names until 1765 when an act of Parliament decreed that all new properties must also have a house number and street name for better identification of properties and boundaries.  Odd numbers are usually assigned to the left side of the street and even numbers to the right side heading out of the town centre – usually from the town hall or other civic building (Guide to House Names, 1995).

John Horne named number 14 Chowringhee after the district of Calcutta in which he lived and married his wife Jane.

Theodore Oelrichs named number 15 Kelsey House after the former home of his wife Rose, which was Kelsey Hall, Spilsby, Lincolnshire.

Quite what association Edward Markwick had with Illwarra is uncertain as it appears only to refer to a location in New South Wales, Australia; with its derivation probably meaning ‘pleasant place near the sea’.

Other names chosen probably had some personal meaning to the residents but are all rather more mundane and less exotic.  Some, such as Lynton, Chagford and Tenby, are United Kingdom place names.   Others, such as, Glenhurst, Raeburn and Rosedene may have had family links or merely been plucked out of the air at the whim of the resident. 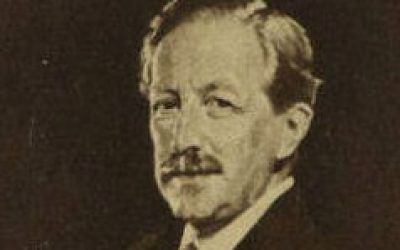 Sidney Alexander Boulton was born at sea in the Azores in 1856 probably during the family’s return from Bombay.  His father, Frederick Sidney Boulton was first the commander of the Sir Herbert Compton’ operating out of Bombay and by 1848 a Marine Surve … 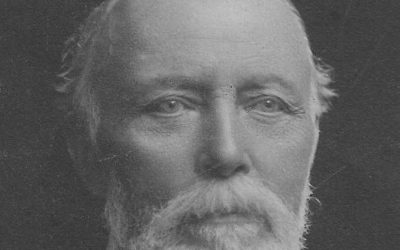 Theodore Bower lived at number 8 Howden Road from 1893 until at least 1911.  He was born in Peckham in 1842 to George and Mary Bower.  His father was a clerk in the Bank of England.  Theodore married Maria their first daughter Edith and several months … 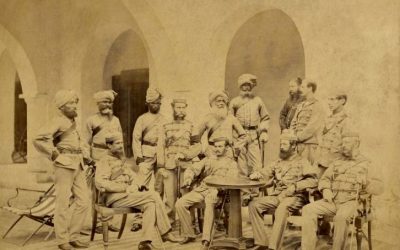 Mary Ann Chapman moved into number 12 Howden Road shortly after the house was built but certainly before 1888.    She was the widow of George Chapman late of the 36th Bengal Native Infantry. Mary and George had two children, John and Alice, both born w …

Arthur Davey was living at Lynton, 5 Howden Road between 1911 and 1915 and probably a number of years either side of these dates.  He was born 31 July 1854 in Stoke Damerel, Devon to Charles and Jane Davey.  His farther Charles was a woollen draper.  S … 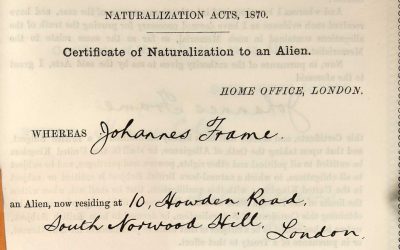 Johannes Heinrich Frame resided at number 10 Howden Road from 1891 until his death in 1899.  Norwood was a favoured location of German immigrants, there being a fair sized community in the area with its own local church.  Johannes was born in Bremen, n …

Francis Gattey resided at number 14 Howden Road between 1901 until his death there in 1913.  He was born in 1840 in Stamford Hill, Middlesex, the only son of Frederica and William Gattey.  He served in the Army Service Corps from 1860 in a variety of r … 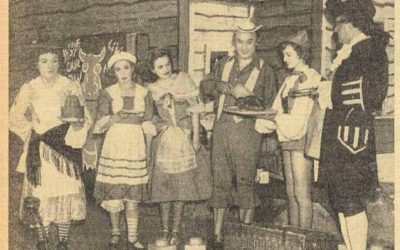 In the early 1950s the actor Claude Jones moved into number 4 Howden Road.  Born in 1904 in West Ham, his father was an Inspector with the Great Eastern Railway Police.  They lived in a two-up two-down terraced Victorian home in Field Road, Forest Gate …

Warren Leete was born at number 5 Lancaster Road, South Norwood Park, in 1862 to Joseph and Clara Leete (See Lancaster Road for family details).  He lived at number 6 Howden Road between 1889 and 1898 with his wife Clara, and one servant, during that t …

Robert McMullen lived at number 7 Howden Road from 1901 until his death in 1919, after which time his widow remained there until sometime in the late 1920s. He was born in Chunar, in January 1840.  His parents were John and Julia McMullin.  Julia, nee … 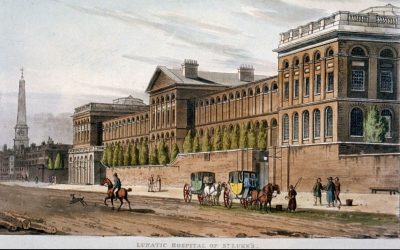 Karl Theodore Oelrichs lived at number 15, Kelsey House, for ten the years between 1888 and 1899.  Karl was German having been born in 1847 in Bremen but by 1872 he and his brother Karl Hermann had moved to England and were living in Croydon. In Februa … 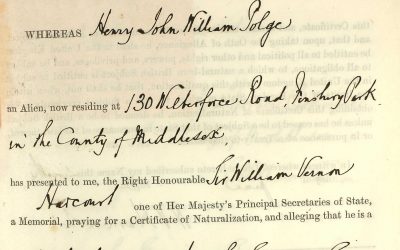 Henry Polge resided at number 9 Howden Road for the few years from 1890 until 1894.  He was born in Hamburg, Germany in 1859 and moved to London before his second birthday.  In 1861 he was lodging with Abraham Riley, a school teacher in Kingston-Upon-H … 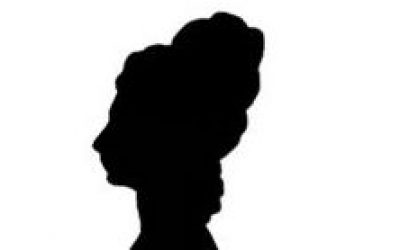 Mary Green was born in Shakerstone, a small village in Leicestershire in 1841.  She married some-time Doctor of music Robert Sloman.  Robert gained his Doctorate in music at Christ Church, Oxford University.  He was appointed organist at various cathed … 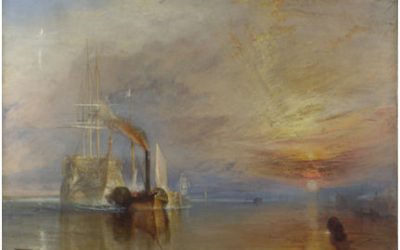 Edward Stanley lived at ‘Sandon’ 2, Howden Road between the late 1880s until 1907.   He was born in Islington, 4th September 1833 to John and Selina Stanley.  He was the younger brother of William Ford Robinson Stanley.  He was recorded as a machinist … 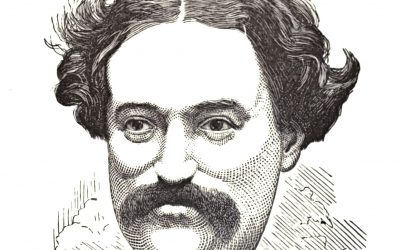 Arthur Yates was resident at number 1 Howden Road in 1901 but had moved to Coldharbour Lane, Brixton before 1911.  He was the son of the famous Edmond Hodgson Yates who was from a theatrical family of note and friend of Charles Dickens. At the time of …

We are working on it.