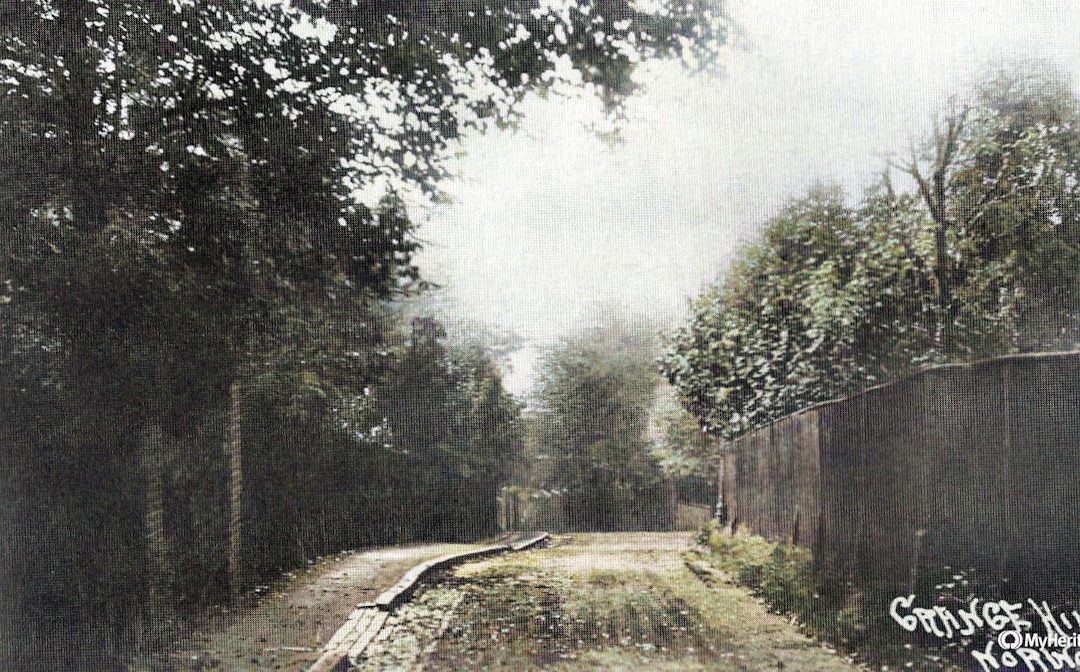 Grange Hill is a short steep road connecting Grange Road with South Norwood Hill. At its foot is the imposing 'Grange'. Half way up on the left now hiding amongst a recent gated development is Gayfere possibly one of the oldest houses in Norwood and where Mr J Teasedale in the 1850s bred medicinal leeches in his ponds. Further up are two Lodge Houses, the White House which once served Preston House and at the top stands the quirky Fawe Park Lodge.

It is unclear from these extracts who owned the land now occupied by Grange Hill in 1800.  There appear then to be two properties already built Gayfere and The Grange.  Grange Hill did not extend beyond the Grange as Decimus Burton Road, later Grange Road, which linked Thornton Heath with the Beulah Spa had yet to be formally laid out.

The tithe map of 1847 shows the following land owners:

William Pawson was a local land owner at one time (1835) owning the whole of the Whitehorse Estate which included the Beulah Spa grounds.  William Pawson was a wealth magistrate living in Farnley Yorkshire.  He made his money as a woollen cloth merchant.  On his death in 1863 Whitehorse farm was passed to his youngest son Charles Hall Pawson. 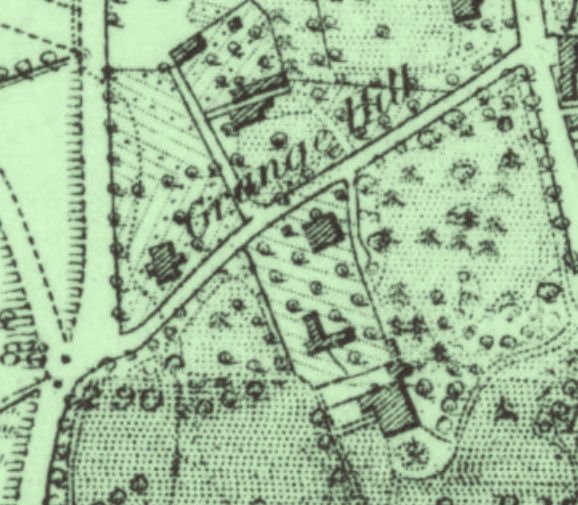 The first houses built on Grange Hill were:  The Grange, Gayfere, Grange Hill House and Norhyrst and its Lodge House.  They can be seen on the maps below.  Before the Second World War parcels of land were sold off for development and three pairs of semi-detached houses were added to the lower end of the road.  At the top of the road Teesdale Gardens eight houses were added at the end of the 1970s.

Looking south down Grange Hill with Teesdale Gardens on the right.

Grange Hill is typified by a diverse range of house styles with a variety of house/plot sizes, materials and massing. House types are detached, semi-detached and terraced. Houses are mostly two stories with pitched roofs of various gradients and finishes. Building materials vary from facing brick to painted render. The building massing on the street is also quite varied.  Houses are of a variety of ages including the Grange that is locally listed. On Grange Hill to the left of the site are a pair of semi-detached houses, and to the right, is a stepped terrace dating from the late 1970’s. There is no definite or uniform building line on Grange Hill, the majority of houses are set within 5m of the back of pavement. 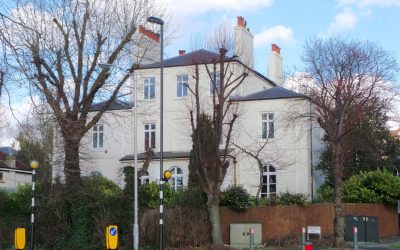 The Grange was built in the early 19th century and is probably one of the oldest surviving mansions in the area. It was built in the late Georgian style with a symmetrical three storey front and lower wings but, unusually, with the main entrance at the side on Grange Hill. 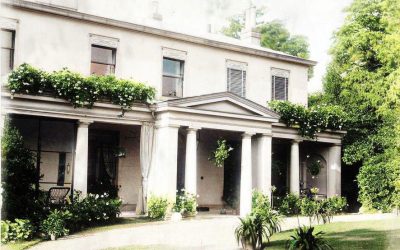 Sadly the once mafnificent Grangehyrst which was approached from Grange Hill is no longer extant. Grangehyrst was a large, late Edwardian villa with a lodge house set in extensive grounds on the south side of Grange Hill.  Before 1818 Jean (John) Franc … 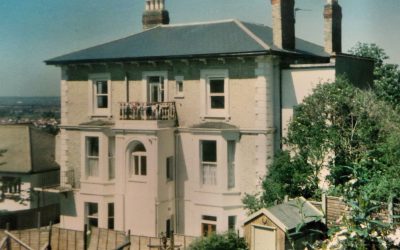 Grange Hill House a detached Victorian villa on three floors was built in the 1850s. It stands in what was an enclave into the Falkland Park Estate on the southern side of Grange Hill.  It was built to make the most of the extensive views and stands wi … 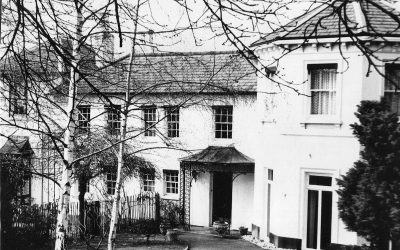 The original Gayfere ‘cottage’ to the left probably dating from before 1800 and the 1850s wing added by Mr Teasedale.   The Leech Ponds behind Gayfere Within its walls, men lived who made their fortune from the quackery that was Edwardian medicine … 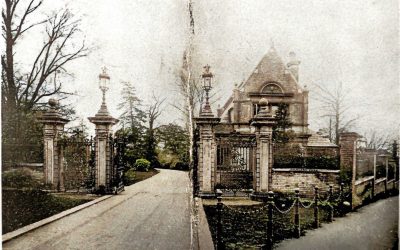 Falkland Park Lodge was built as a lodge house between 1890 and 1891 . It stands at what was the entrance to Falkland Park Estate at the junction of Grange Hill and South Norwood Hill. 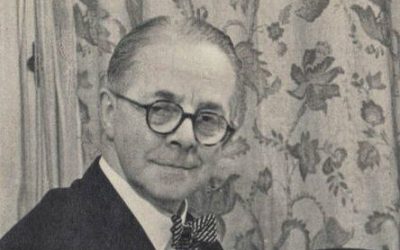 The Grange, Grange Hill was bought by William Russell Chapman in 1932.  William was born 18 July 1884 in Croydon, Surrey.  His parents were William and Alice Chapman who lived at 12 Old Palace Road, Croydon Surrey.  William senior was recorded in the 1 … 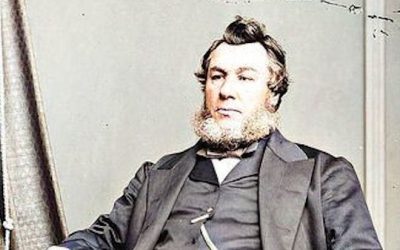 ‘Uncle’ Josiah Ritchie lived at the Grange from 1889 until his death in 1919  He was described at the time as ‘an astute, plump and comely little American gentleman’. The attribute ‘American’ was of his own invention designed too ‘big up’ his name and … 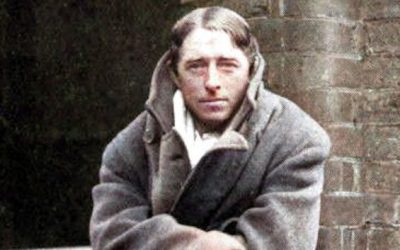 Christened Major, Major Joseph Ritchie was born in Westminster 18 October 1870.  He lived with his parents at the Grange at the foot of Grange Hill.  He was educated at Brighton College, he is best remembered for being a three-time medallist at the1908 … 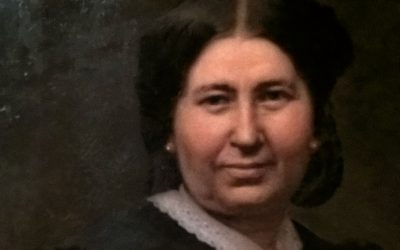 William and Januaria (Genuaria) Wigg lived at the Grange, Grange Hill from about 1863 until 1883.  William was born in 1812 in Liverpool, Lancashire to John and Martha, nee Clayton, Wigg.  Genuaria Irmain was born in Buenos Aries, Argentina in about 18 … 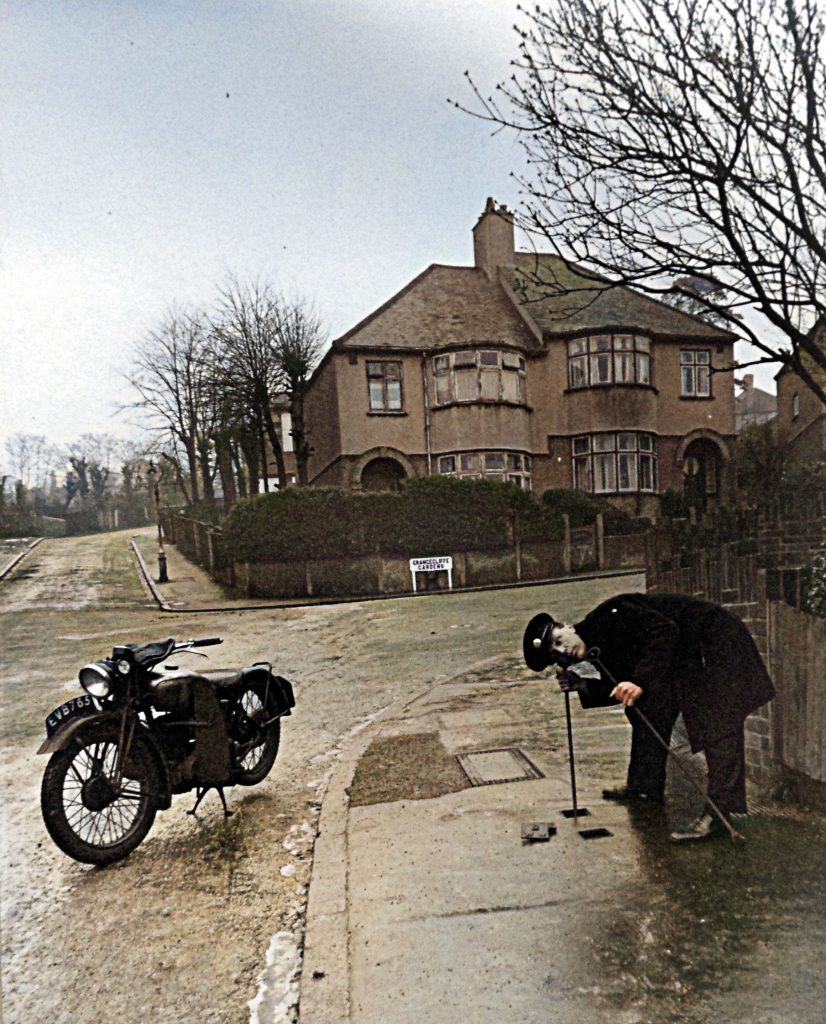 Looking north up Grange Hill whilst water board official seeks out a leak in the cold weather.

During World War 2 during the blitz a number of high explosive bombs fell in the neighbourhood.  Many close to the junction with Grange Road.  One house in nearby Grangecliffe Gardens recieved a direct hit and was totally destroyed.  V1 rockets fell later in Grange Road and Grangewood Park.