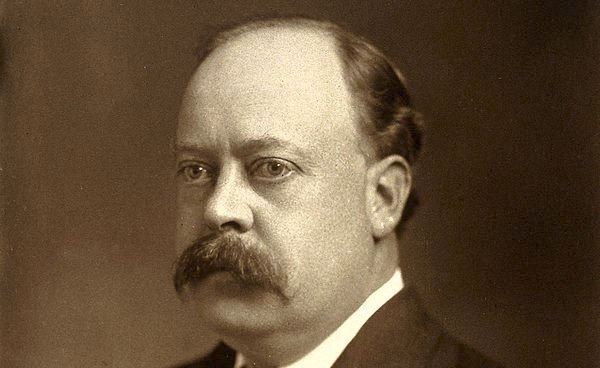 Thomas Halliburton was born in1824 in the tiny village of Coxwold, Yorkshire.  His parents were William and Jane nee Dobinson.

Thomas Halliburton joined his uncle, William Dobinson, in his trade as a linen draper in Shadwell, London.  He was in business in his own right, quite successfully, in 1861 as a linen draper with premises in High Street Shadwell, where he employed three assistants, who lived on the premises, and a cook and housemaid.  He married Mary Strachan Homan, from north London, in Islington 12 May 1858.  They had four children; William, 1860; Annie, 1862; Mary, 1863 and Rosa, 1865.  The drapery business flourished and by 1861 Thomas was in sole charge.  By 1871 he had moved his family to a grand villa in Highbury New Park, Islington, north London and appears in the census as a merchant.  He had begun importing goods from Australia and by 1881 they had moved to the Oaks 16, Grange Road.  His gifted eldest son William had obtained a BSc at the age of 19 at University College London (William Dobinson Halliburton).

The Halliburtons lived at The Oaks for more than 35 years.  Thomas retired before the 1901 census and died at home 16 February 1903; leaving £91,296 9s 7d, over seven million pounds in today’s values.  Mary remained at The Oaks until her death in July 1909 after which the house remained unoccupied until 1911.

William was appointed Assistant in Physiology at the University College, was appointed a member of the Royal College of Surgeons in 1883 and gained his Doctorate in Medicine in 1884.  He succeeded to the Chair of Physiology at Kings College London in 1889 and was involved there for the next 34 years.  Halliburton’s name was a celebrated one in the field of medical literature; his writings were detailed and lucid, resulting in textbooks which were valued by students all over the world. The first of these was his “Textbook of Chemical Physiology and Pathology” published in 1891, in which he assembled all knowledge of the subject at the time. He rewrote “Kirkes‘ Physiology” completely in 1896 so that it subsequently, through its numerous editions, became known as “Halliburton’s Physiology” and an indispensable reference work for legions of medical students. It became popular enough for an American publisher to flout copyright laws and to publish and sell unauthorised editions.

William was forced to take early retirement in 1923 due to chronic ill-health and he died following a short illness in May 1931.  The Halliburton’s eldest daughter, Annie, was married in 1885 to Harold Thorpe in the Congregational Church, Upper Norwood. Their reception was held at The Oaks.  Thomas’s daughter Mary was appointed assistant mistress in the Beulah-road Girl’s School, at £60 per annum in September 1898 (School Management Committee, 1891). 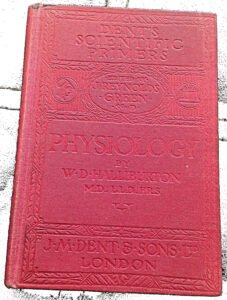 More can be found about Thomas Halliburton at: https://wikivisually.com/wiki/William_Dobinson_Halliburton