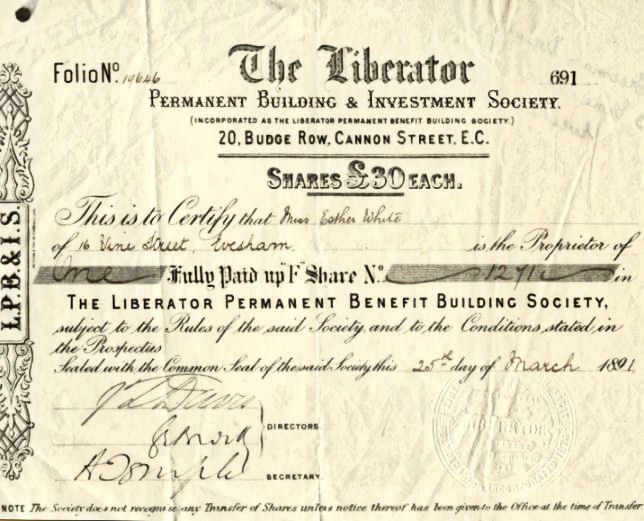 Morell Theobald lived in the Firs in 1861 (Census, 1861).  He was born in Birmingham in 1829 and married Miall’s youngest daughter Ellen in June 1856.  Their second son, Edward, was born in 1858 by which time they were living in Aller-cottage, Highgate Rise, London and Morell had become an insurance broker.  (Marriages, 1856) (Births, 1858).  The Theobald family did not stay long at The Firs, as by 1864 they were living in Hendon. They had moved to Handen Road, Lewisham by 1881, where they stayed until Morell’s death in 1908.

In 1895 Morell found himself in court as part of the infamous Balfour fraud trial!  The trial centred on the misappropriation of funds by Jabez Balfour, chairman of the House and Land Investment Trust Company.   Balfour was found guilty and was sentenced to fourteen years penal servitude Brock and Theobald were found guilty of aiding the fraud and were thus convicted on lesser charges and Theobald was sentenced only to four months.

Morell Theobald was a committed spiritualist who wrote credulous accounts of wonderful supernatural happenings in his own home in Handen Road.  The Theobalds were great friends with other spiritualists, William Howitt and Mr. and Mrs. Thomas Everitt, with whom they held many séances.  The Theobalds had lost three children which had no doubt increased their susceptibility.  At séances with their surviving children present rapping phenomena lead to movement of the dining room table and eventually to “intelligent communications”.  These were followed by a series of “spirit writings”.  In 1882 their new cook, Mary, was discovered to have clairvoyant powers and she described numerous phantom visitors to the house.

These events were eventually investigated by the sceptic, Frank Podmore in 1884, who claimed that they were “fake” and that many had been carried out by Mary herself.  Theobald contested the findings and continued to be a “believer” blaming mischievous and fraudulent spirits for spoiling the tests. (Podmore, 1902).

Although the Victorian era is often associated with scientific and technological progress, many Victorians were prone to the paranormal, supernatural and occult, of which the most popular forms in the late Victorian period included mesmerism, clairvoyance, electro-biology, crystal-gazing, thought-reading, and above all, Spiritualism. Sir Arthur Conan Doyle, like many late Victorians, was fascinated by the possibility of communication with the departed souls.  Spiritualism was particularly the realm of women as they were regarded as more spiritual than men.

Theobald’s house at 24 Handen Road, where all these events were supposed to have occurred, no longer exists, probably the result of WW2 bombing or perhaps destroyed by disgruntled spirits. 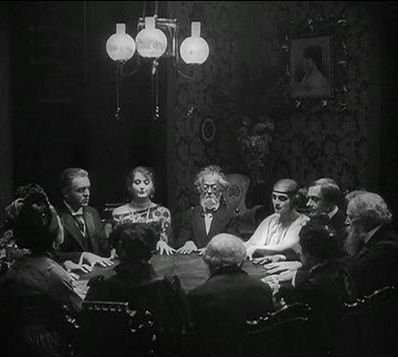 A Ouija-seance of the type attended by Morell Theobald.