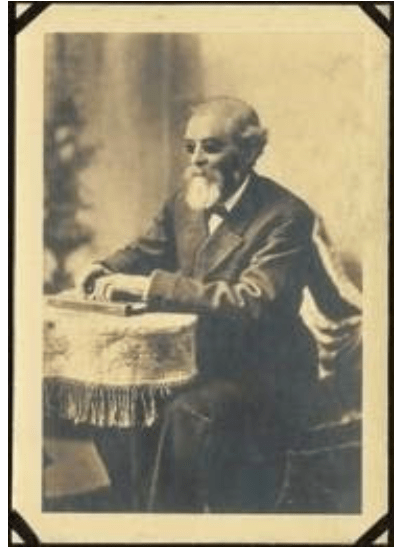 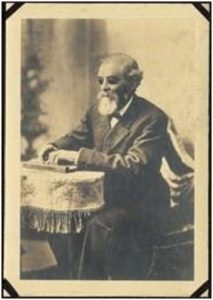 (Shown as residing at  Harold Road 38 and 42 Harold Road (now 42 and 46) Wards Street Directory 1900),was an  American anti-slavery campaigner, teacher and also the co-founder of the Royal National College for the Blind UK

He was born near Winchester, Tennessee USA, and lost his sight at the age of five following an accident. A talented musician, he taught music and later went on to become musical director at the Wisconsin School for the Blind.

It was while he was teaching at Wisconsin that his anti-slavery views became publicly known and at one point, he was given twenty-four hours to renounce them or face being hanged. He refused but was spared death because of public sympathy for his blindness.

He would later become a frequent traveler between the United States and the United Kingdom and Europe, and in 1871 helped Thomas Armitage to establish The Royal Normal College and Academy for the Blind. It was during a visit to London after studying in Berlin that he called on Dr. Armitage with a letter of introduction and was invited to dinner. Over dinner, Campbell told his host about his plans to establish a training college for the blind in the United States, but Armitage urged him to make London its home. The college was founded with two students in Upper Norwood and Campbell was its first principal. The college continues to the present day, and is now known as the Royal National College for the Blind. Source Wikipedia

In the Nineteenth Century, few blind children could hope for either a good education or steady and worthwhile employment. The Victorian philanthropist Dr Thomas Rhodes Armitage believed these problems were interrelated and that, given an education of similar content to that received by sighted children, blind people could go on to have equally successful careers.

In 1871, he met a like-minded visionary in the American, Francis Joseph Campbell. By the end of the first year, the College had outgrown the original Crystal Palace site and moved to Upper Norwood. The curriculum was liberal and advanced for its day, and included a large amount of physical education. Roller-skating was much practised and an early report mentions tobogganing after a heavy fall of snow. In those early days the atmosphere was full of life and excitingly experimental.

By the 1880s the College, which had started with just two students, had over 150 students, and over 200 by the end of the century. It was run as a preparatory school for children aged five to 13, and a grammar and high school.

From the Annual Report of 1880, we find that ‘The College is open to the young of either sex and of any rank, but only those will be received as pupils who, in the opinion of the Principal, show sufficient ability to render it probable that by instruction they can be rendered capable of self-support.’

In 1887, Doctors Campbell and Armitage founded the Guild of Past Students ‘for the purpose of mutual aid, especially in the first entry into life’. The Guild is still going strong today.

Campbell was also the first blind person to climb Mount Blanc his later years he became a naturalised Briton and in 1909 was knighted He retired as principal of RNC in 1912 and was succeeded by his son, Guy Marshall Campbell.[2]               Source Wikipedia

“Francis Campbell was the character and personality on which modern work for the blind hinged.  After Howe, he was the undoubted champion of the capabilities of blind people, both by his own example, his demands on himself and what he asked of other blind people and society.” C. Warren Bledsoe

“His approach was based on a realistic understanding of what was capable without vision and on a strong belief in the ability of blind people to function independently.  He demonstrated the value of educating the whole child.  He understood the need to encourage the development of the physical, intellectual, and emotional sides of each individual.  And he appreciated the need for functional life skills that lead to jobs that enabled independence.  By including Francis Campbell in our Hall of Fame, we will not only honour his work, but we will create an opportunity for future professionals in this field to be influenced by his insights and success.” Dr. Richard Welsh 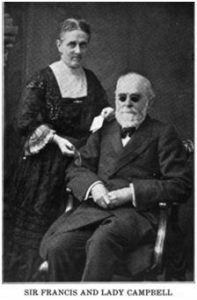