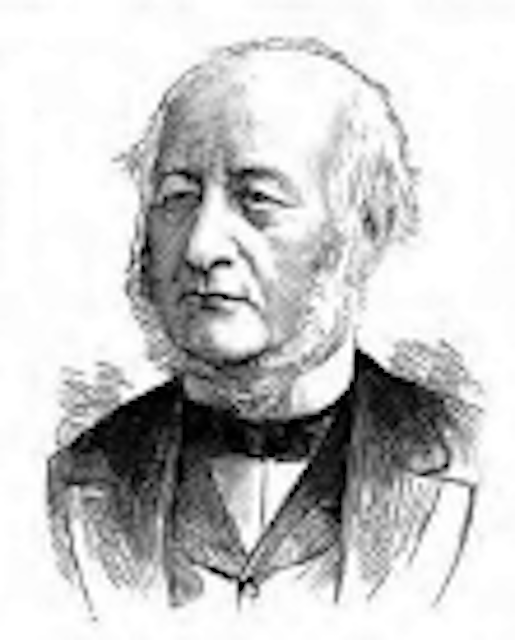 Lived at either 5 or 7 Cintra Park

Samuel Botelier Bristowe was an English barrister and Liberal Party politician from Nottinghamshire.  He sat in the House of Commons from 1870 to 1880, and later became a Country Court Judge, surviving a murder attempt in 1889.  He lived at either No 5 or No 7 Cintra Park (1871 Census   no number stated).

He became a Queen’s Council (QC) in 1872, and was a member of the Council for Legal Education as well as being one of the editors of “Burn’s Justice of the Peace”.

After leaving Parliament, Bristowe was a County Court Judge from 1880 to 1891.  He was appointed initially to the Midland County Court, where an attempt was made to kill him in 1889.  At a sitting of the Nottingham District County Court, Bristowe had dismissed a civil action in which a German manufacturer of false teeth sued someone for the value of a set of teeth. The plaintiff, William Edward Arnemann, who lived in Nottingham, had previously been prosecuted for falsely advertising himself as a dentist.  He had brought several similar cases for non-payment, most of which failed because the teeth did not fit.  On this occasion, he denounced the ruling, claiming that he was being outlawed.

After court sittings, Bristowe routinely left Nottingham on the 5.40pm Great Northern train to return to his home at West Hallam in Derbyshire, and on this occasion was followed unobserved by Arnemann, who bought a ticket to the same destination and followed the judge onto the platform.  When Bristowe went to board his first-class carriage, Arnemann shot him in the back, firing one shot from a full-loaded six-chambered revolver.  Bristowe collapsed unconscious, but recovered consciousness before being taken to hospital. The Times newspaper reported that Arnemann said “I have had his blood; I wish I may have killed him”.  The bullet was not removed, and remained in Bristowe’s body until his death.