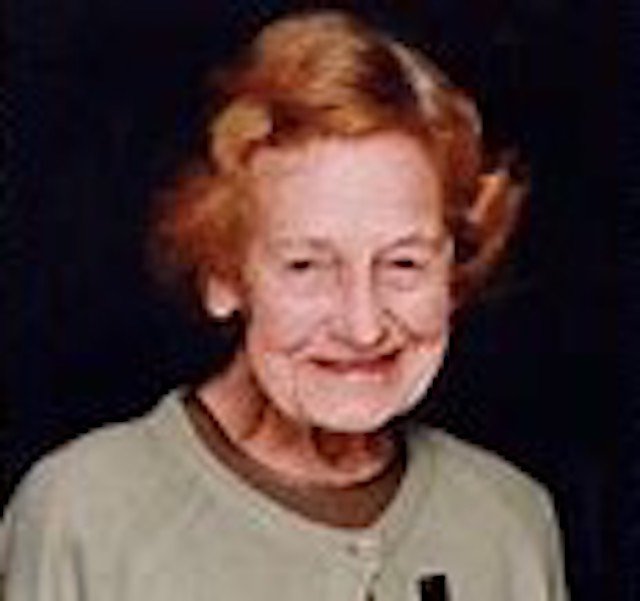 Emily was a familiar, friendly face in Cintra Park for many years.  Born in 1907 in Torquay, her early life began in the theatre.  During the Second World War, she performed with ENSA.  Around 1960, she founded a children’s dancing school, The Patricia Perry Academy of Dancing, based in Crystal Palace, which she ran for twenty-five years before she decided to return to acting in 1984. At that time, there was another actress named Patricia Perry, so she adopted her middle name, Emily, as her stage name.  Barry Humphries auditioned many elderly actresses, but he recalled, “All of them tried too hard. Some were whimsical, some camp, but most were far too over the top to resemble an oppressed, inarticulate New Zealand spinster whom life had passed by.” Emily herself later recalled “I did nothing at the audition, and I’ve done nothing since.”

MISS PATRICIA PERRY, Cintra Park, Upper Norwood, who, as a soubrette and comedienne, has played in many big theatres in many parts of the country, now runs a dancing school at Windermere House, Upper Norwood.

Miss Perry was three when she made her first appearance on the stage.  She was a member of a concert party performing in the Crystal Palace grounds just before the war and she decided that Norwood was a good place in which to live and has been here since.

For two years during the war she was in E.N.S.A. and took part in concerts from the Orkneys to Cornwall.

Humphries paid tribute to Perry in his autobiography, crediting her with “the rare gift of being able to do nothing in the face of overwhelming provocation”.  Emily retired in 2004 and resided at Brinsworth House, Twickenham a retirement home for theatre and entertainment professionals. It is said Barry Humphries made sure she was settled there and frequently sent her flowers.  Emily died in 2008, aged 100.