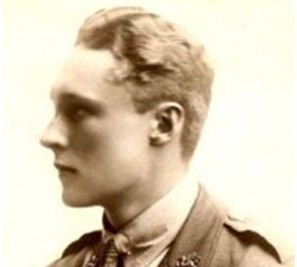 born 1899 son of Paris Frederick (a Barrister) and Isabel Alice Drake-Brockman of 3 Cintra Park.  He joined Rigaud’s house at Westminster school in 1912 and after served with the Artists Rifles before training at the Royal Military College at Sandhurst.  From there he obtained a commission as a 2nd Lt. in ‘The Buffs’, the Royal East Kent Regiment.  He was Killed in Action in Flanders on 18 July 1918, aged 19 and is buried at Abeele Aerodrome Military Cemetery, Poperinge, Arrondissement Ieper, West Flanders (West-Vlaanderen), Belgium.