She became a reporter for the ‘Norwood Review’ and later married the owner, Mr. William Farmer who had been previously married on February 12th, 1853 at Trevor Chapel in Knightsbridge to Caroline Baton (1831-1888). 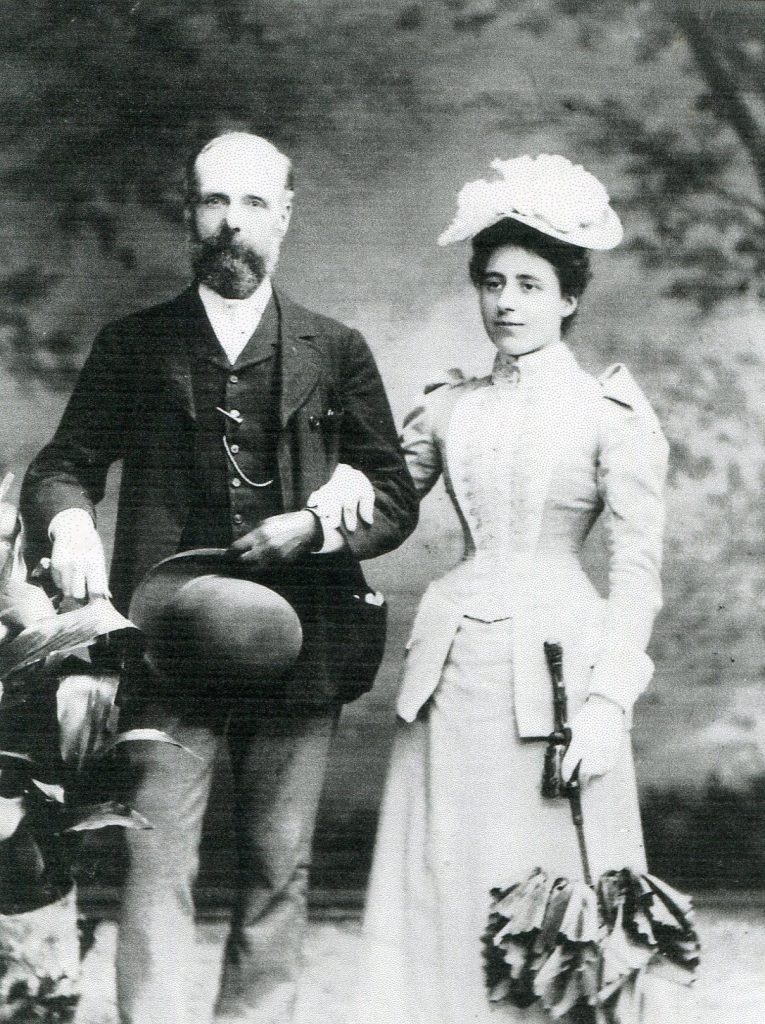 A description of her marriage in June 1891 at Gipsy Road Baptist Chapel is given:

A large number of people assembled in the Gipsy-road Baptist Chapel on Saturday morning to witness the marriage of Mr. William Farmer, of Trevordale, Clive-road, West Dulwich, to Miss Annie Louisa Cutter, eldest daughter of Mr. William Cutter, of Woodland-road, Upper Norwood.  The nuptial knot was tied by the Reverend Walter Hobbs, whilst a choir of some 20 or 30 female voices, from the Royal Normal College conducted by Dr. and Mrs. Campbell were responsible for the musical versions of Mendelssohn’s motett, “O praise the Lord,” and Henschel’s “In they name shall they rejoice.”  Mr. Hollins was at the organ, and played during the service “Andante grazioso” (Smart), “O rest in the Lord,” and the Wedding March.  The bride, who was given away by her father, wore a cornflower blue cloth dress, trimmed with white and silver, with a cream straw hat, trimmed with cream ribbon and cream and blue feathers.  She carried a very lovely bouquet of white flowers.   She was attended by her sister, Miss Nellie Cutter, who wore a costume of fawn and brown, with brown hat, with pink roses, and carried a bouquet of yellow flowers.

The bride’s mother wore a costume of heliotrope velvet and satin, with a black bonnet with heliotrope trimming, and her younger sisters had heliotrope frocks, and white hats and sashes.  Mr. Percy Victor Sharman acted as best man.  The happy pair subsequently left for Margate amid showers of rice, the bride’s travelling costume being of cornflower blue with Louis XV, jacket, trimmed with white silk and silver, and a straw hat to correspond.  Amongst the company present at the ceremony were Mrs. and the Misses Burnham, Mrs. E.M. Stevens, Miss Connie Reeves, Miss Gracie Stevens, and Miss Gertrude Fry.  The newly-wedded pair were the recipients of a great number of handsome presents.  The bouquets, we may add, were of a very effective design, and supplied by Madame Davies, of West Norwood.[i]

A further description is offered by the Norwood News of the birth of her first child:

A HAPPY EVENT.  In leafy June last we had the pleasure of recording the marriage of Mr. W. Farmer.  We have now the extreme pleasure of felicitating him upon another very happy but perfectly natural event – the birth on Sunday last of a bouncing son and heir.[ii]

After her husband’s death Mrs. Farmer carried on working at the newspaper at the same time bringing up her five children.    In 1912 Mrs. Farmer sold the Norwood Review and went to live in Canada.  The last copy of the newspaper was published in 1919.

[i] 1911 Census Return for Rockmount Road