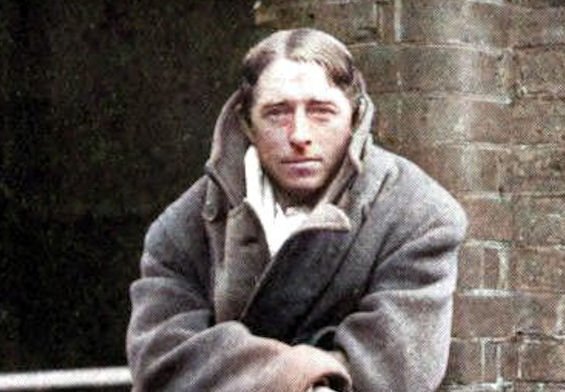 Christened Major, Major Joseph Ritchie was born in Westminster 18 October 1870.  He lived with his parents at the Grange at the foot of Grange Hill.  He was educated at Brighton College, he is best remembered for being a three-time medallist at the1908 London Olympics  At the Games he won a Gold (Men’s Singles), Silver (Men’s Doubles) and Bronze (Men’s Indoor Singles) medal. He remained the last British player to win an Olympic medal in singles until Andy Murray won Gold in the 2012 games, also in London. In 1908 and 1910 he and Tony Wilding won the doubles in Wimbledon.   In 1909 he reached the Wimbledon singles Challenge Round, losing to Arthur Gore.  He also reached the All-Comers final in 1902, 1903 and 1904. In March 1907 Ritchie caused an upset by defeating Lawrence Doherty in the Monte Carlo singles final.  In June 1907 he won the Irish championships. Ritchie was a five times winner of the Championships of Germany, played in Hamburg, from 1903 to 1906 and in 1908 (in 1904 and 1906 he also won the doubles title). He was also a five-time winner of the singles title at the Austrian Championship (from 1900 to 1903 and 1905). In 1908 he was member of the British Davis Cup team. He won three consecutive titles at the Surrey Championships from 1908–1910. 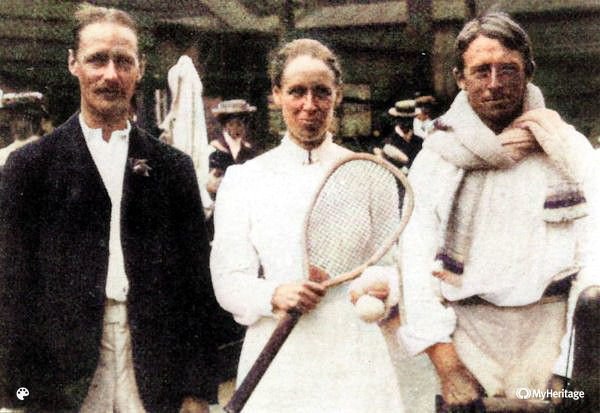 Ritchie was also active in other sports. In 1903 he competed in a regatta in Laleham and won the single sculls and coxless pair’s events. In addition he competed in table tennis and was the secretary of the Table Tennis Association, founded in 1902.  That year he co-authored a book on table tennis titled Table tennis and how to play it, with rules. In 1909 he authored The Text Book of Lawn Tennis. 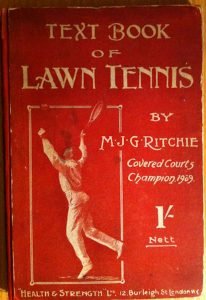 According to one source, Major Ritchie learned the basics of lawn tennis between the ages of ten and fourteen, in the grounds of the family home, The Cedars, in Putney, a suburb located in south-west London, not far from Wimbledon. The Ritchie family might well have had a lawn tennis court in their garden. It appears that Major Ritchie stopped playing lawn tennis around the age of fifteen and that he did not start to play again until he was nearly twenty-five. It was at this point in time that he joined two lawn tennis clubs – the Norwood Club in Croydon, and the Chiswick Park Lawn Tennis Club.   He died 28 February in Ashford Middlesex and is buried in Laleham, Spelthorne Borough, Surrey, England.  He left an estate to the equivalent of £3.5 million.

Thanks, in part, to  wikipedia.