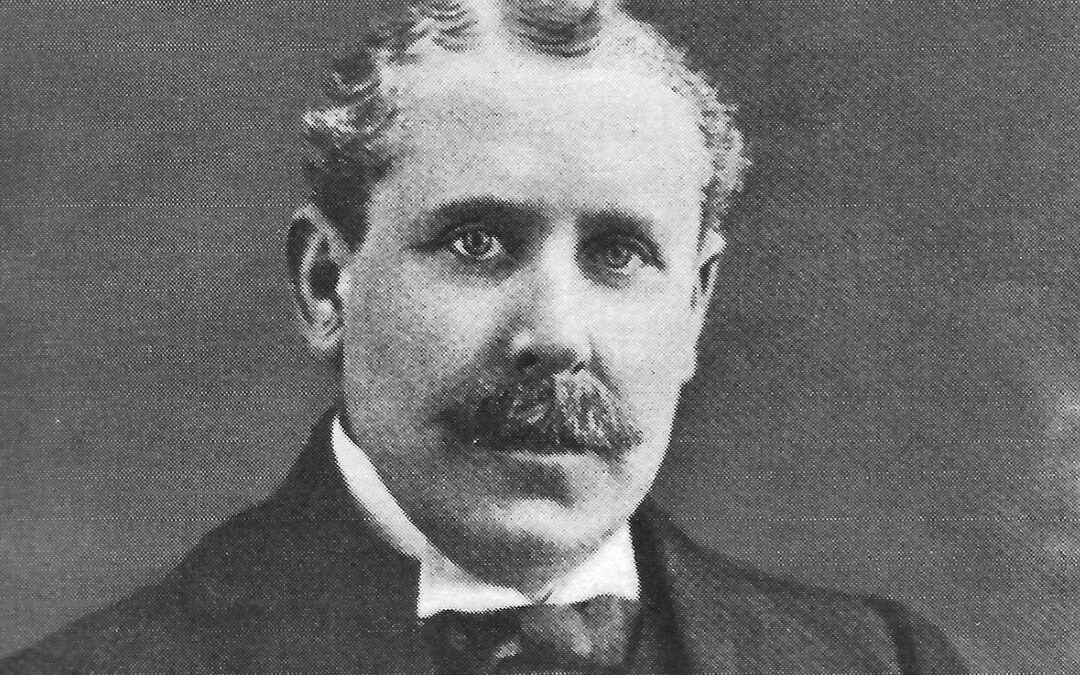 Augustus David Klaber was born in London in 1861, his parents Herman and Frances having emigrated from Prague, prior to 1848, the capital of what was then Bohemia. They were married in 1857 in Synagogue No 50 Cavendish Square.  Augustus, a German, lived for a decade or so in Norhyrst, a villa on South Norwood Hill where the Norhyrst Estate is now.

Klaber married, Jessie Levy, in 1882 in Paris, where her parents lived.  They then went to New York to open an office supplies business. Back in London in 1884 he entered into an agreement with Gestetner to become the sole agent for Cyclostyle duplicating products in New York.

Klaber made a series of minor changes to Gestetner’s duplicators and filed the copyright in his own name.  He was involved in a number of legal disputes with Gestetner but went on to found the “Roneo” company in 1907 and thence forth amass a considerable fortune.

He died in 1914 and is buried in Golders Green cemetery.