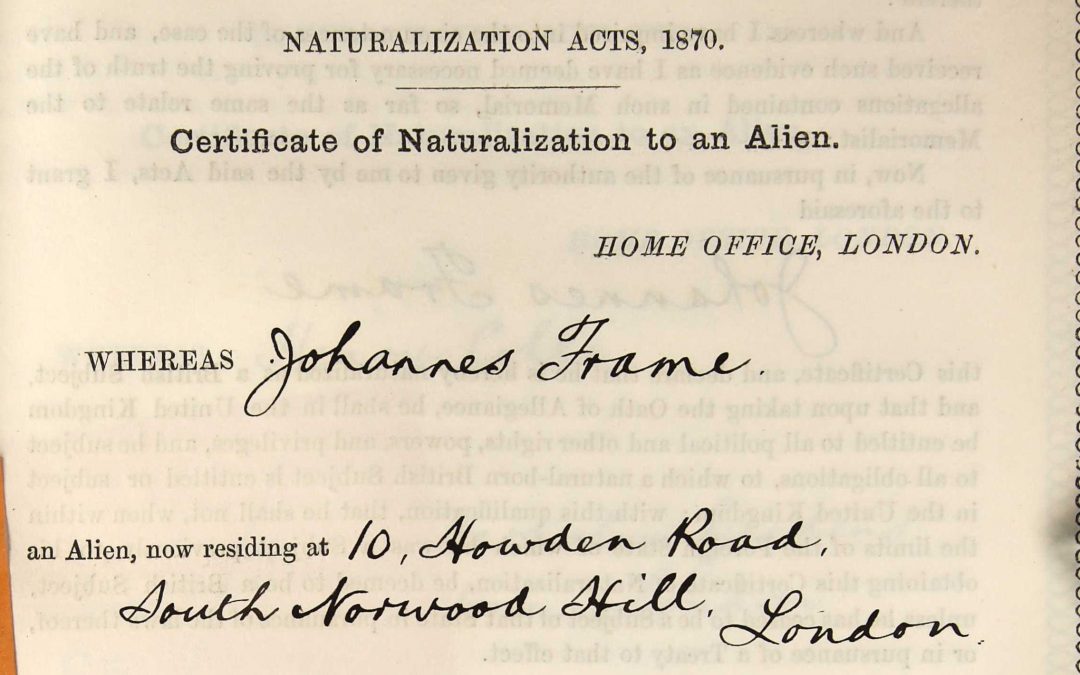 Johannes Heinrich Frame resided at number 10 Howden Road from 1891 until his death in 1899.  Norwood was a favoured location of German immigrants, there being a fair sized community in the area with its own local church.  Johannes was born in Bremen, north western Germany in 1853 to Wilhelm and Adelaide Frame.   He was naturalised in 1893. He named number 11 Naikban, a name of uncertain origin; perhaps Scottish.  Johannes was a merchant trading in minerals.

In 1883 he was appointed by Her Majesty Queen Victoria as Consul for the town and important port of Bassein including Diamond Island not far from Mumbai on the east coast of India.  He was clearly a successful merchant as he left his widow Betty, over £10,000, over 1 million pounds in today’s value.  He died after a long illness at the age of only 43 March 9th, 1899 at home in Howden Road.  It is possible he died as the result of an infectious disease caught during his stay in India; malaria or typhoid being the most likely.   He was, like other residents of Howden Road, buried in St John’s, Shirley.  His widow appears to have returned to Germany after his death.