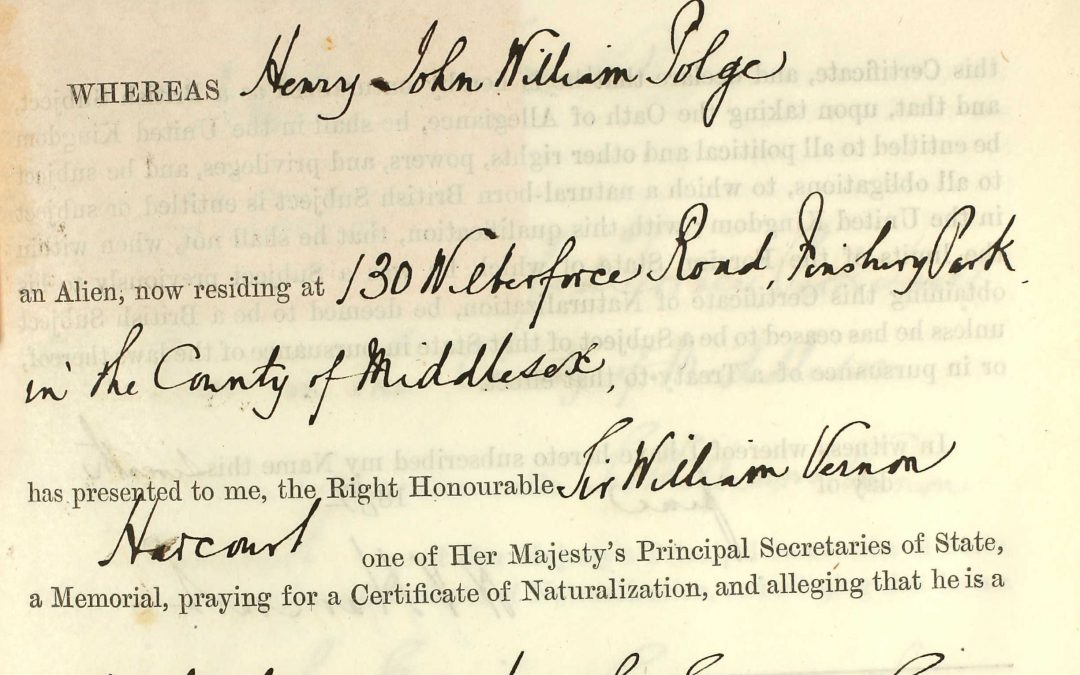 Henry Polge resided at number 9 Howden Road for the few years from 1890 until 1894.  He was born in Hamburg, Germany in 1859 and moved to London before his second birthday.  In 1861 he was lodging with Abraham Riley, a school teacher in Kingston-Upon-Hull.  The 1975 New York state census records a Henry Puolz, aged 16, living with his German Stepfather.  In 1881 he was living in Wilberforce Road in a large semi-detached Victorian house, in Islington and was naturalized (sic) in 1882.  At which time he stated he was employed as a banker’s clerk.

In 1888 he married Jemima Ella Bull and they had four sons and two daughters.   Amazingly his step family, the Puolz, in the USA was composed of fifty six children and had their origins in Bavaria, Germany.

Unlike many other residents of Howden Road Henry kept a low profile and did not appear in any reports in national or regional newspapers.  Henry died in 1934 in Kingston-Upon-Thames leaving only £176 17s 9d, not one of the wealthier former Howden Road residents!