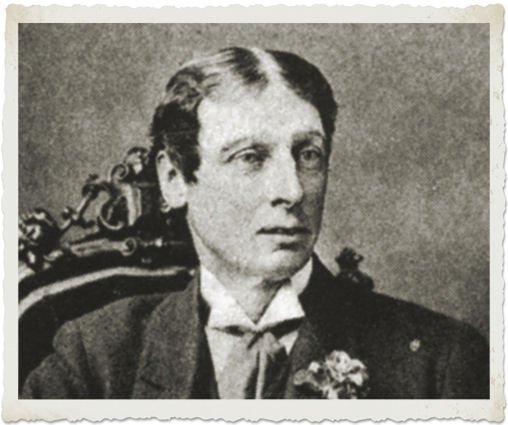 was born in Thirsk in 1838 after the family moved south, before 1848, where his father, Henry Dresser senior, intended to set up as a merchant in the Baltic timber trade.  He had three brothers and five sisters.  The family lived for some time in the Firs.  Henry was partly educated in Bromley but his father took him out of school in Bromley and sent him to Ahrensburg in 1852, to learn German and in 1854, to Gefle and Uppsala to study Swedish. Henry Dresser spent a time in Hackman’s offices in Vyborg learning Finnish during 1856–58, during which time he travelled round the Baltic coast.

Henry had a lifelong interest in birds and collected bird skins and eggs from his early teenage years. Whilst he was in Finland in 1858 he discovered breeding Waxwings and was the first English person to collect their eggs bringing fame among English ornithologists, most of whom were egg and skin collectors. (Henry Eeles Dresser, 2016).

Henry was asked to become a blockade runner by Arthur Bower Forwood, a leading Liverpool merchant and mayor of Liverpool from 1877-78, and Julius Sichel, the Austrian Vice-Consul in Manchester.

Blockade running entailed smuggling goods across the Atlantic to the southern Confederate states via the Rio Grande.  Dresser agreed and went with a cargo of goods to trade for raw cotton which was desperately needed to feed the Lancashire cotton mills. Many of the Enfield rifles used during the Civil War also came from Manchester. Dresser had some extraordinary adventures and was eventually able to exchange his goods for raw cotton.

He was also a major collector of birds and birds’ eggs and whilst in America he shot a number of birds and brought the skins back to England. His collecting activities provided distraction from his dangerous smuggling task and even enabled his survival as he skinned the birds, preserving the skins and eating the flesh.

His collection amounted to 500 bird skins as well as eggs from Houston, including four eggs of the swallow-tailed kite, his prize possession. He also managed to collect insects and shells whilst blockade running. His diaries and some of the bird skins from his time in America are preserved in the Manchester Museum, (Henry Dresser Blockade Runner, 2016).

Henry published numerous publications about ornithology  including two highly-valued monographs on the Rollers and Bee-Eaters, and also a number of articles on birds and latterly on rare Palaearctic eggs. His Eggs of the Birds of Europe (1905-1910) is a very real and valuable addition to zoological literature, and its best praise is to say that while it completes and rounds off his Birds of Europe, it outshines it in many details. His Manual of the Birds of the Palaearctic Region is undoubtedly a very useful help to students, but it cannot compare either in quality or usefulness with the larger work.Henry married Eleanor Walmisley Hodgson in March 1878.  The Walmisleys lived next door at Hazelbank (246).  However there is some confusion as to the brides name as she does not appear to be related to the Walmisleys.  Her father, Charles Harris Hodgson was a solicitor living in Erith, Kent.  He divorced her mother Eleanor, citing “adultery on numerous and divers occasions’ with Etienne August Louvert.  Charles remarried Mary Louisa haddock, claiming he was widowed.

Henry and Eleanor moved next door to St Margaret’s whilst Elvira Dresser continued to live at the Firs.  He died there 5 April 1881.

Pages from Dresser’s History of the Birds of Europe.