Joseph William Harrald lived at Bellevue, 1 Beauchamp Road at its junction with Grange Road and Grange Hill between 1889 and 1900.  He was a Baptist Minister, private secretary to the Reverend Charles Haddon Spurgeon and his joint biographer with Spurgeon’s wife.  Joseph was born 1849 in Bury St Edmunds, Suffolk.  His father William was a humble basket maker and carpenter.  He was educated at the Guildhall Commercial School in Bury St Edmonds where in 1861 he gained first class prizes for spelling and reading, arithmetic, French and scripture.

Joseph married Lydia Smallridge 18 December 1875 at the Congregational Chapel, Wanstead, London, by which time he was already Pastor of the Baptist Church, Shoreham, Sussex.   They had moved to Shoreham, Sussex by 1871 and by 1881 they were living in Endlesham Road, Balham, London, where Joseph was employed as a Baptist minister and Private Secretary to the Revd.Spurgeon.  The couple had two daughters, Lily, 1877 and Frances, 1879 and a son, Charles, 1880.

They moved to number one Beauchamp Road, Bellevue, before 1889 and Lydia died there shortly after in 1891.  Bellevue consisted of two semi-detached four story mid-Victorian houses built in classical style with bay windows on the lower floors and rooms which originally served as servant’s quarters on the top floor. It stands at the junction of Beauchamp Road with Grange Road.  The site is steeply sloping to the east with magnificent views in that direction even today.  Although this end of Beauchamp Road was laid out by 1863 Bellevue does not appear until the 1894 map. Joseph was still living there according to the 1900 street directory but he moved to Bexhill, Sussex, where he continued to act as a Baptist Minister.   By the 1911 census he had moved to a small semi-detached Victorian House in Gordon Road, Shoreham-By-Sea, where he lived until his death in 1912.  He left £1,017 3s 9d in his will to his daughter Lily. 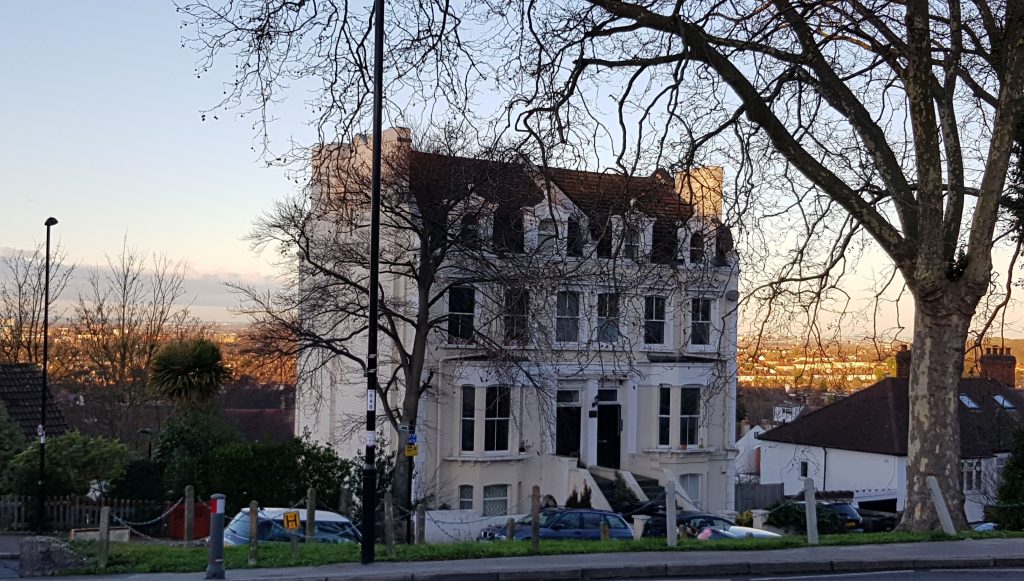