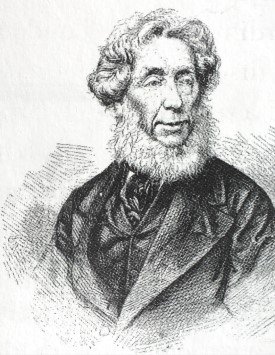 He was a horticulturalist and lived at Paxton Villa, named, appropriately, for Joseph Paxton, the gardener and architect who designed the Crystal Palace. Glenny founded and edited several gardening magazines, was the first person to have a gardening column in a newspaper, wrote many gardening books and won so many silver cups for his own plants that he was able to lay his dinner table for 57 guests with a silver cup at each place setting. However, he was a man of strong views, once described as a ‘horticultural hornet’ and he fell out with most of the gardening establishment, being censured by the council of the Horticultural Society.  Glenny spent many years trying to improve the English tulip and, probably as a result of his efforts, the appearance of the English tulip changed dramatically. He died at Paxton Villa in Colby Road in 1874.