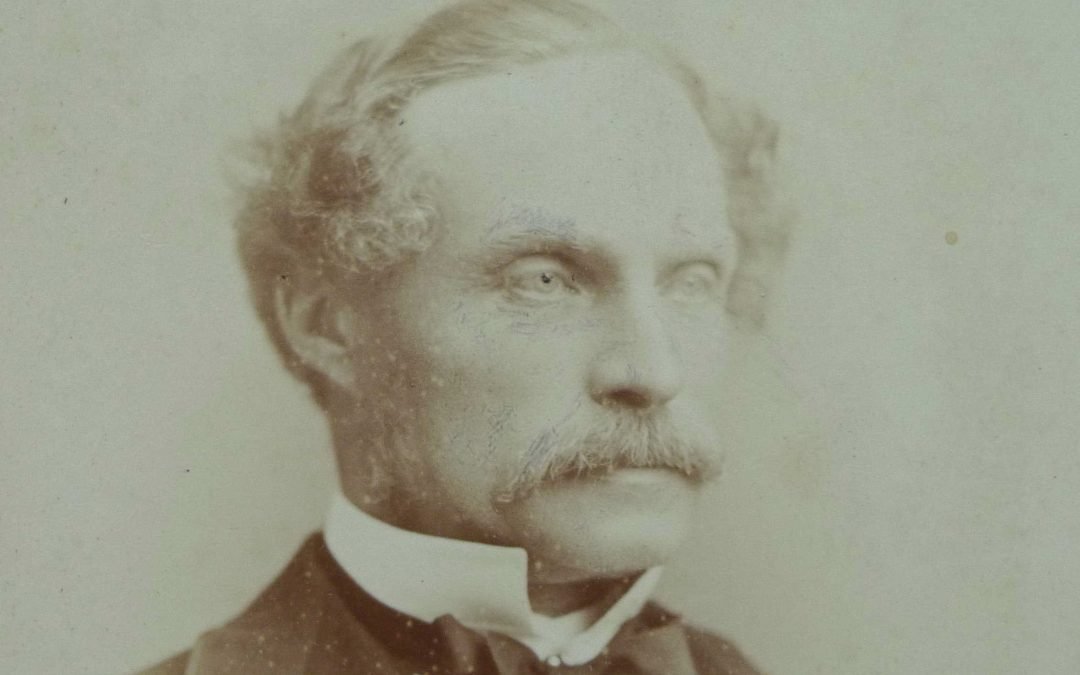 George Friday Neame was born in Canterbury, Kent 24 February 1825.  In 1849 he married Frances Harding at the Holy Trinity church Finchley.  Their first child, Fanny Harding, was born in 1850 in Paddington, followed by Alice Harding in 1851, Lawrence Harding in 1853 and George Harding in 1855. They had a house on Duppas Hill, Croydon in 1858, where they were in 1860.  George and his family moved into Grange Lodge, now 361, the first house to be built on Grange Road, shortly after its construction towards the end of 1860.

Their daughter Edith was born there in 1862. By 1881 the older children had left home but George, Frances and Edith were living at Grange Lodge, employing a cook and two housemaids.  George and his family remained there, according to the street directories, until at least 1900.  However the 1891 census has them living in Paddington by April of that year. Strangely local auctioneers Messrs Mansell and Rowe were advertising the sale of “furniture, clocks, china and numerous other effects” at Grange Lodge in December 1885 (Sale, 1885).  It would appear that the Neame family set up a new home in Paddington while still retaining Grange Lodge.  Frances died in 1888 at Caversham, Oxfordshire at Rosehill where they had owned a house since at least 1885.

George Neame began his career as a timber merchant, importing timber through the Norway Dock which was part of the Surrey Docks.  The Surrey Docks Company was formed by the amalgamation of all the individual companies operating there in 1864.  George was a partner in Engstrom, Neame and Browning, a timber importing company which was declared bankrupt in 1864, although he was not responsible for any of the company’s debts.  (Bankrupt, 1864).  George, however, appears to have been very successful as in 1869 he was appointed Chairman of the Surrey Commercial Dock Company.  (Lythgoe).   In the year of his death in 1913 he was living in a grand terraced Victorian mansion in Wetherby Gardens, London, SW5,   just off the Brompton Road.  He left £76,286, just over six million at today’s values.