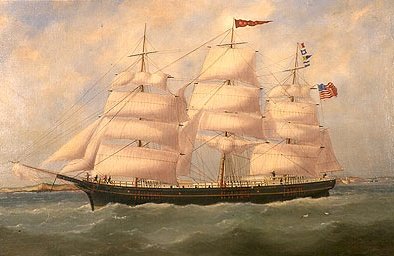 Lived at 2 Rockmount Road in 1881.[i] Edward Moorhead is believed to have been born in County Monaghan, Northern Ireland.  He studied Medicine at Edinburgh University, graduating MD in 1841.His thesis was entitled ‘On Anatomy and Development of the Eye’ and became a Licentiate of the Royal College of Surgeons of Edinburgh the same year.

In 1842 he joined the Army Medical service in the rank of assistant surgeon with the 32nd Foot Regiment at the first and second siege operations before Moolta including the capture of the city and the surrender of the fortress.[ii]He progressed in rank to surgeon with the 29th Foot in May 1855 and in August 1862 was promoted surgeon major.

In 1867 he was promoted again to staff surgeon before retiring on half pay in 1868 with the honorary rank of Deputy-Inspector General.  He had seen much service overseas, notably in India during the Mutiny of 1857 and was awarded several medals and clasps. [iii]

The Indian Mutiny medal was sanctioned by general order number 365 dated 18th August 1858, and number 733 of 1859, to troops engaged against the mutineers.  General order number 771 of 1868 extended the award to all persons who had borne arms or had been under fire. Some 50,700 men of the British Armed Forces received the Indian Mutiny medal, as well as the 5,059 recipients who served in 1st Madras Fusiliers, 3rd Madras Fusiliers, 1st Bengal Fusiliers, 2nd Bengal Fusiliers, 1st Bombay Fusiliers, the Lahore Light Horse and ‘A Troop’ Madras Horse Artillery.

In addition 64 staff and pupils of La Martiniere College, Lucknow also were recipients. A detachment of 329 men of the 29th (Worcestershire) Foot were placed under the command of Lieut. – Colonel W. W. Turner of the 97th Foot who was charged with keeping the Grand Trunk Road open.

In retirement he settled in Norwood as a resident of 2 Rockmount Road in 1881.[v] He  died in Margate having never married.

[i] 1881 Census Return for Rockmount Road