Nearly 12,000 spectators at Clapham Common for the Highland Gathering yesterday were staggered when a 76 year old Scot lined up for the 100 yards “Veteran Race” and WON. Duncan McLean – wearing a singlet and the tartan shorts of his clan – raced away ahead of the all-over -50 field. At the end of the race he offered to do it all over again – for a TV camera crew! After collecting his prize, Duncan, who was South African sprint record holder in 1904 – went home to Patterson Road, Upper Norwood.  “I’m pleased I won,” he said.  “Not a bad effort considering I was at work painting a 60ft high factory a few hours before the race.”

A SPRINTER OF OVER 80

Probably the oldest sprinter in the world is Mr Duncan MacLean, Patterson Road, Upper Norwood. Now over 80, he is still adding to the 200 prizes he has won since the war, and the many more he acquired in pre-war years. Recently he won again and carried off the prize for the 100 yards race at Binfield, Berks, bringing home a handsome coffee set. He told me he still trains every day and on the day I saw him he had already covered eight miles. “Mac” started sprinting before the First World War.  He’s been training hard to run in the Nash Cup at Danson Park, Bexley Heath, tomorrow (Saturday).Three weeks ago at Tooting Bec, he was just pipped at the post by a man 23 years younger in a 100 yards sprint.  Doctors are always telling us to get out of cars and walk.  On meeting “Mac” one understands the reason why! 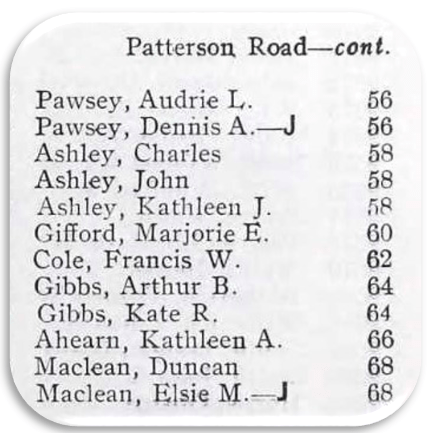