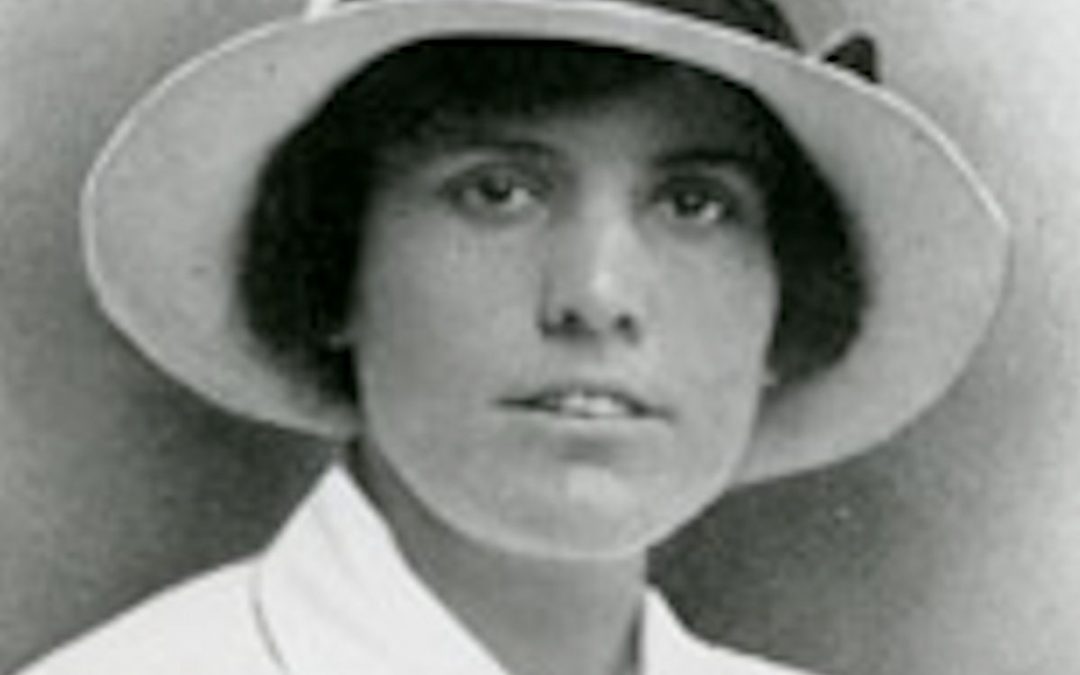 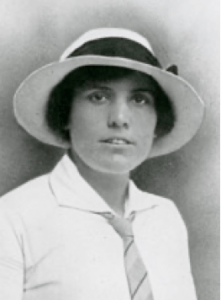 Penelope Dora Harvey Boothby was born in Finchley, Middlesex on August 2nd 1881.  She and her older sister Gertrude lived with their stepparents at 40 Harold Road, Upper Norwood.  It was likely that she learned to play tennis at the Harold Road Tennis Club.  She then moved to 260 South Norwood Hill where she practised at the Beulah Hill Tennis Club. Her tennis flourished and she made her first appearance at Beckenham in 1900 winning the Handicap Singles, having another success in the Mixed. Her outstanding talent won cups at Surbiton, Redhill, Chichester, Folkestone and Teignmouth. At Lowestoft the cup became hers because she won it three times in a row. She also held the coveted Queen’s Club Covered Court Championship. 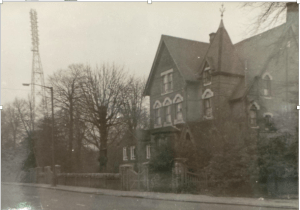 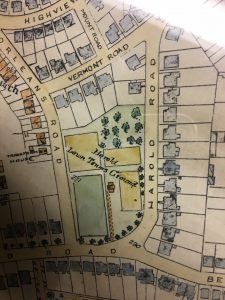 At the Wimbledon Lawn Tennis Championships the final score of her 1909 winning match against Agnes Morton was 6-4, 4-6, 8-6.

The winner of the ladies’ singles was Dora Boothby of South Norwood.

After a very close struggle on Friday of
last week, the ladies’ championship of
England, which Mrs. Sterry relinquished
after winning it last year for the fifth time,
was captured by Miss Boothby. Her
opponent was Miss Morton, runner up in
1908 to Mrs Sterry, who had beaten Miss
Boothby in the previous round.
The championship carries with it
several valuable gifts.

She was again to make it through to the finals for the following two years. Unfortunately, she lost on both occasions to Dorothea Douglas Lambert Chambers, a formidably powerful and well-trained opponent.

Dora Boothby married Arthur C. Green in the early summer of 1914 at St Georges, Hanover Square. She died on 22nd February 1970 at Hampstead.[1]

From the Norwood Review – Summer 2018

Penelope Dora Harvey Boothby was born in 1881 in Finchley, north London. Her father, Laurence, was a wool broker or merchant according to the 1881 census. He must have been sourcing wool from the newly established sheep farms in Australia as he was there 1887 when he died a very wealthy man. He was staying at the Esplanade Hotel, St Kilda, Melbourne, which remains open to this day. Her mother was Gertrude Boothby, nee Butler. After Laurence’s death Gertrude married Harry Penn in the spring of 1890 in Marylebone. Norwood Review Summer 2018 13 By 1891 Penelope, or Dora as she was later to be known, was living with her older sister, Gertrude, their mother and Harry Penn, at 40 Harold Road Upper Norwood. This was a large, imposing, gabled, three story, red brick Victorian house. The family home stood opposite the Harold Tennis Club which was located on land between Orleans Road and Harold Road, and where undoubtedly Dora would have played. The family were still living in Harold Road at the time of the 1901 census but before 1905 had moved to ‘Holmwood’, previously called ‘Tressilion’ at 260 South Norwood Hill. Harry Penn was a civil engineer who by 1911 had also become a director and was living at ‘Holmwood’ with just his wife, Gertrude, and two servants. At the time of that census Dora was in Epsom a visitor at the home of her future husband, Arthur Cecil Green. Dora played tennis at the Beulah Hill Club during the summer season reverting to badminton in winter. The Beulah Hill Club was the South Norwood Sports Club, founded by builder Abraham Steer in the grounds surrounding South Norwood Lake, a redundant reservoir of the Croydon canal. Like many tennis players Dora was also accomplished at table tennis. In 1903 she was the losing finalist at the all England Championships that took place at the Crystal Palace. She lost 2-1 to Helen Madden (Chiswick). Dora represented the Crystal Palace Club. She also won the handicap competition beating Mrs Woodhouse of the Queen’s Gate Club.17 17 The Daily Graphic 2 March 1903 Dora Boothby, public domain. St Kilda Hotel, Melbourne, Australia. Public domain. Norwood Review Summer 2018 14 In 1908 Dora won a silver medal in the women’s singles event at the 1908 Summer Olympics. However she is best remembered for her ladies’ singles title at the 1909 Wimbledon Championships. When she won her Wimbledon title the runner-up of the Men’s Singles, Josiah Ritchie, was also living in the Grange at the bottom of Grange Hill, Norwood. Additionally that year Dora won the singles title of the British Covered Court Championships and played on wood courts at the Queen’s Club in London, after defeating Madeleine O’Neill in the final in straight sets. In 1911 she became the first female player to lose a Wimbledon final without winning a game, losing to Dorothea Douglass Lambert Chambers 6–0, 6–0. (Dora Boothby, 2017). Dora married Arthur Cecil Green in 1914 and they had one daughter. Dora died in 1970. (Hickman, 2009).