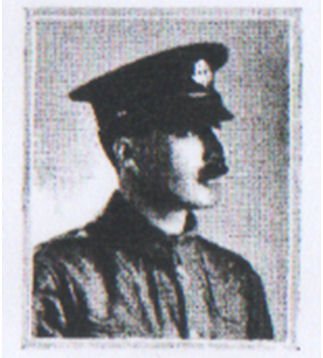 He came from the Norfolk village of Old Buckenham and is remembered on their war memorial. He played professional football for Clapham Common F.C, who played in the Southern League, and his uncle was a director at Crystal Palace Football Club. Herbert was killed by a shell on the 1st July 1916 after just having returned from a spell of leave spent in Norwood.

He had two brothers die in the war, Frank (F.M. Derisley not RM) and Will of the RFA d. 31/12/1916. Another brother, Fred, served and survived, becoming a local farmer in Norfolk. It’s possible there was a also a fifth brother who fought in the war.