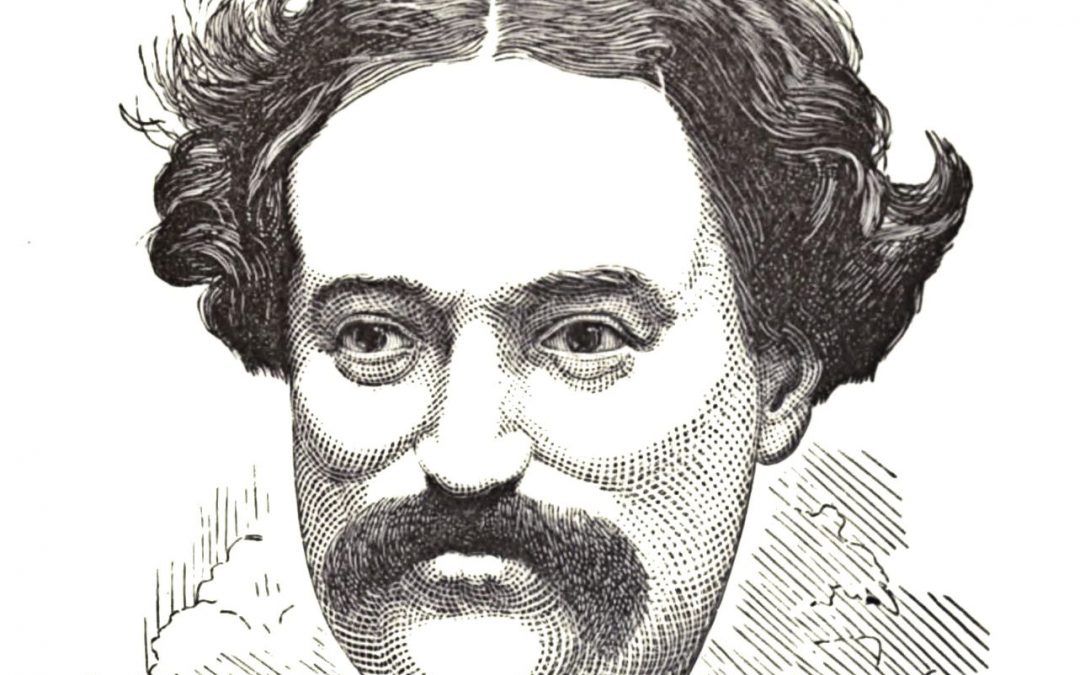 Arthur Yates was resident at number 1 Howden Road in 1901 but had moved to Coldharbour Lane, Brixton before 1911.  He was the son of the famous Edmond Hodgson Yates who was from a theatrical family of note and friend of Charles Dickens.

At the time of Arthur’s birth, in 1864 in north London, his father Edmond was a clerk at the General Post Office in charge of the returned letters department.  In 1858 Edmond wrote an article slandering Thackeray which was published in Dickens’  ‘Household Words’.  Thackeray was furious and in spite of being defended by Dickens, Yates was suspended from the Garrick Club and banned.

He was perhaps best known as proprietor and editor of The World society newspaper, which he established with Glenville Murray  which he edited under the pen name of ‘Atlas’, and which for a time was edited by Alexander Broadley. The World, which was perceived as a newspaper chronicling upper class London Society, was a pioneer in ‘personal journalism’, such as the interview, which was later adopted by newspapers generally. In 1884 he was sentenced to four months imprisonment for libelling Lord Lonsdale but in later life enjoyed a second career as a county magistrate. (Wikipedia).

Arthur had three older brothers: Frederick Henry Albert, Edmund Smedley and Charles Dickens Yates.  Their father Edmond had a penchant for unusual forenames.  Pasquier is: a French surname derived from the Latin pascuarium meaning ‘pasture’.  Arthur was sent to boarding school in Ashford, Middlesex and by the age of twenty-one was a volunteer in the 2nd West Yorkshire Infantry Militia. (The Militia and Volunteers, 1880).  Which according to the 1881 census he was based in the Gloucester Regiment and was based in Bath!

Arthur followed the family tradition on to the stage appearing in minor roles in musical comedies, such as Gilbert and Sullivan’s Patience.  He met Clara Davie (Deveine) illegitimate daughter of Scottish composer John Davie whilst they were both members of the D’Oyly Carte Opera Company. They married by licence on the 13th August 1882 the day before they appeared in Patience at the Theatre Royal, Sheffield.  They appeared together in Claudian at the Edinburgh’s Empire Theatre in 1884. Clara’s performance was described as ‘excellent’ in the Derby Mercury (Claudian in Nottingham, 1894).  A year later Arthur made his West End debut in ‘Human Nature at Drury Lane, where he would later be secretary and front of house manager to proprietor Augustus Harris (The D’Oyly Carte Opera Company, Arthur Du Pasquier (1882), 1993) In 1901 he gained a three year contract to manage the Grand Music Hall, Clapham Junction at which time he could afford to live at number 1 Howden Road.

From then on things went down-hill after he moved into the management of various cinemas.  He managed, The Electric Theatre in Brixton, now the Ritzy, and also the ‘Cinematograph’ in Kilburn.

Arthur was unemployed by 1916 and had left Clara; at some point in 1921 he emigrated to Hartsville, South Carolina where he seems to cut all family ties.  In 1925 he was declared ‘legally’ dead,  (The Missing Actor, 1925).  This resulted from a large bequest (£3,000) in his brother Arthur’s will and a failed attempt by Clara to find him before she laid claim to it.  However he was reported to the Probate Court to be alive and well living in Hartsville, South Carolina running a cotton plantation.  His death was subsequently revoked and his inheritance claimed.  In the 1930 New York State census his house was listed as valued at $1,000.

Arthur died in 1945, aged 85.  He is buried in Providence Cemetery, Hartsville.