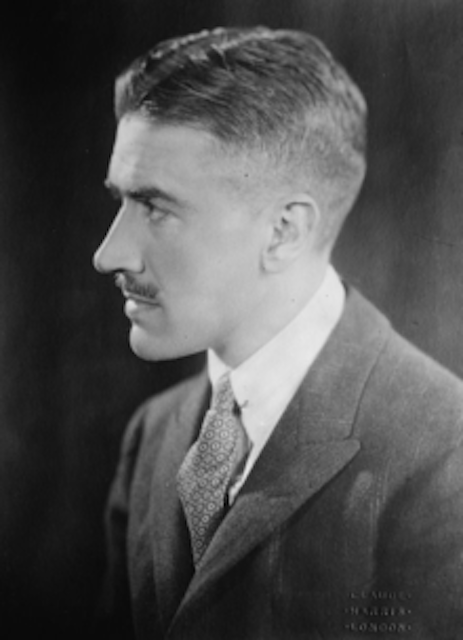 Lived at 35 Central Hill after marriage in 1920

He was a British philosopher, sociologist, social critic and polygot.  He was known as someone who supported the aristocracy and was anti-egalitarianism.  He was a British conservative author writing on subjects such as metaphysics, politics, economics, religion, the differences between the sexes and races, health and eugenics.

He was born in London, England on January 8th 1882 to Albert Ludovici and Marie Cals.  His father and grandfather were both artists.  He was educated privately, in England and abroad but chiefly by his mother.  He married Elsie Finnimore Buckley on March 20 1920 and they first lived at 35 Central Hill, Upper Norwood.  He spent several years in Germany and was fluent in several languages.  He was private secretary to the sculptor Auguste Rodin and later wrote of his personal experiences of Rodin’s personality and art.  He began lecturing on art, politics, religious and the philosophy of Friedrich Nietzsche.

During World War 1 he joi9ned the New Army as a translator and then served an artillery officer at Armentieres and the Somme and then in the Intelligence Staff at the War Office, where after two years of service he rose to head of his department (M16 A).  He was awarded the Order of the British Empire, which he returned because he felt it was too easily attainable and held by too many people.  He attained the rank of Captain during World War 1.

After the war he became a student of Dr. Oscar Levy, editor of ‘The Complete Works of Friedrich Nietzsche’, the first translation of Nietzsche’s works in English.

He discovered the Alexander Technique in 1925 and had deportment lessons over a period of four years. With F.M. Alexander.

In his writing his articles featured in the ‘New Pioneer’ a far right journal and closely linked to the British People’s Party.  His views were nationalistic and traditionalist and he supported eurgenics arguing that heredity influences group values and national and racial characteristics.

After World War 2 he fell into obscurity after writing enthusiastically about Adolf Hitler who he had met personally in 1936.  He was dismissed from intelligence work on August 14 1940

From 1955 until 1969 he wrote a series of articles in ‘The South African Observer’ on ‘The Essentials of Good Government’ and ‘Public Opinion in England’.