From 1827 to 1872, Edwin was Head Master of the Philological School in Marylebone, a school which he himself had previously attended until 1822 (salary £100 per annum which rose to £500 before his retirement in 1872).  He expanded the curriculum to include English, German (from 1840), and science (electricity 1854; chemistry 1870).  In 1834 the school established ties with the newly founded King’s College, London, and became a feeder for the City of London School.  Abbott’s letters (1859) reveal a firm but humane disciplinarian.  His rule was ‘a child’s first duty is obedience to those who are in authority over him; and if he does not learn this, everything which he does learn is more likely to do him harm than good’.

The school was later renamed St Marylebone Grammar School (1901) and one of the four senior houses was named after him.  As well as elementary works on Latin and English grammar, he compiled ‘Complete Concordance to the Works of Alexander Pope’, which was published in 1875.  He married his first cousin, Jane Abbott in 1831. They had eight children, including Edwin Abbott-Abbott (Bn 1838 D1926), author of the satirical romance ‘Flatland’ (published 1884). 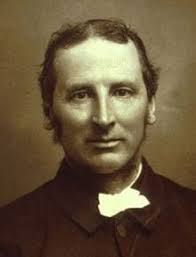 His daughter, Elizabeth married, in 1857, John Humffreys Parry, Serjeant-at-Law, a sympathizer with the moral-force Chartists and a former pupil and close friend of Abbott.  Another son Sydney (Bn 1844 D1887 aged 43) worked for the British Museum, Department of Printed Books.