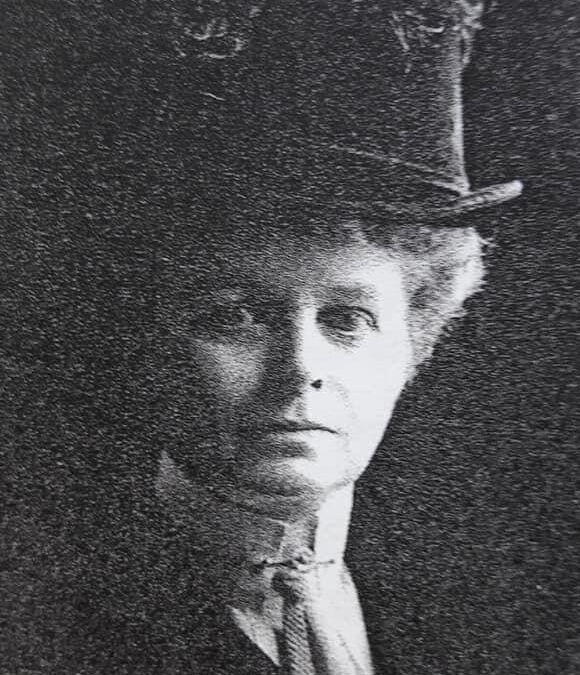 Alice Abadam was born into a wealthy family in Carmathenshire in 1856 and died in St. John’s Wood, London, in 1940.  Alice Abadam, who was a prominent and formidable campaigner for Votes for Women. She was a feminist, writer, suffragist and orator on the subject of women’s inequality with her columns appearing in most of the main suffrage journals of the day.  She came to live in Upper Norwood when her life partner, Dr. Alice Vow-Johnson, took up a post as medical officer for the London County Council.

Alice was a member of several suffrage societies and in 1908 was a driving force behind the development of the Beckenham Branch of the National Union of Women’s Suffrage Societies (NUWSS), known as the Suffragists. She was president of this local group throughout its existence; the Beckenham branch grew to become one of the largest in the country, they had a shop near the top of Anerley Hill. In 1913 she was president of the Norwood and District Women’s Suffrage Society and travelled all over the British Isles drumming up support for the cause (Elizabeth Crawford, The Women’s Suffrage Movement, 2001).

After partial suffrage was granted in 1918 she founded The Feminist League and while president of that society campaigned for the recruitment of more women in the Police Force, women’s equal opportunities in employment, equal moral standards and the end to the persecution of prostitutes within the law. She was also a passionate defender of animal rights and campaigned for an end to vivisection, becoming president of the Anti-Vivisection Society in 1930.