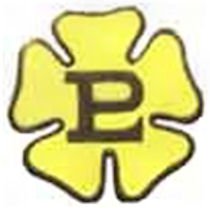 Hugo Gurthler was born in Minden, Westphalia, Germany in 1847.  Like many Germans in the mid 1800s he moved to London where he began work as a stock broker’s clerk living in Paddington in 1881.  He was naturalised that same year and worked as a cashier in the services of Messers Hy. Pawle & Co., stock-brokers of Copthall Street, London.

Hugo married Florence Bailey, a widow, fourteen years his junior, in 1886 at the Parish Church in Croydon.  Their daughter Isadora was born in 1888 when they were living at 60 Dingwall Road, Croydon.  Florence Gurthler was an active member of the Primrose League, founded in 1883, which was an organisation for spreading Conservative principles in Great Britain. She was “Dame Warden” of the “Grantham Habitation” (Croydon) League.  She was the founder of the “Juvenile” branch of the league and it appears that they were busy pressing their political views on children!  The league continued to be active until 2004 when it was wound up. (Primrose League, 2017), (Grantham Branch, 1910).

Florence died in 1910 after the family had moved to a grand residence in Fitzjohn’s Avenue, Hampstead.  She left a considerable fortune to Hugo, amounting to a quarter of a million pounds by today’s values.

You may wonder how a stockbroker’s clerk managed to afford to rent 30 Lancaster Road, let alone 14 Belsize Crescent, Hampstead. In 1913 he was committed for trial at the Guildhall upon charges of “falsification of accounts and embezzlement”.  He confessed to “defalcations”, (embezzlement) but was further accused of making false entries in the accounts.  The accounts affected were current ones with The Bank of England and Parr’s Bank and the loan account of Parr’s Bank. It was claimed that a sum of £5,000, half a million pounds at today’s values!  (23 Years Confession, 1913).   The outcome of the trial does not appear to have been reported and he vanishes for Ancestry and the British Newspaper Archive after 1914.