This Convent, after well over 100 years, still looks to the needs and attends to the well-being of children of all nationalities. The story of the foundation of the first Roman Catholic Orphanage in Great Britain since the Reformation is an interesting one. At first, it was not liked at all by the local residents, the nuns were regarded as ‘dangerous’, stones thrown at the windows, flower gardens trampled and stories told of poisonous cake being left in the woods where the orphans played. But all this did not discourage the nuns and now they staff one of the district’s leading independent schools for girls (Fidelis) including boarders from many parts of the world.

The Order of the Faithful Virgin was founded in 1831 at La Delivrande in Normandy by Henriette d’Osseville, daughter of Count Theodore, a noble of Normandy. In 1830 she had founded a Convent in Normandy to adopt orphans and destitute children, to educate them and train them to earn a livelihood. The rule of St. Ignatius was adopted. The Mother House is still at Delivrande where novices to this teaching Order are trained. Early in 1848 Henriette d’Osseville (who took in religion the name of Mother St. Mary) decided to make a second foundation and she chose England. A Father Saulet went to Paris to make enquiries and Monsieur de Courson of St. Sulpice advised him to write to Father Quiblier, a compatriot living in London. The letter was written but did not reach the Priest for five weeks as he was away on a tour of investigation amongst the poor people on behalf of Doctor Wiseman (later Cardinal). This was in 1847 after the Irish famine when cholera raged among immigrant Irish in London slums resulting in a number of destitute orphans. When Father Quiblier returned, he was overjoyed to read the contents of the letter, which he at once showed to Dr. Wiseman who told him to proceed without delay to get the foundation started. In July of that year, it was arranged that two nuns from La Delivrande with Mother St. Mary should come to England to make the necessary arrangements with Dr. Wiseman and Father Quiblier. The Priest begged for the site to be at Norwood. This was agreed, the two nuns returned to France, but the Rev. M.D.Vesque who had come over with them, remained and was appointed Chaplain: later he became Bishop Roseau.

Mother St. Mary with her little band of helpers in September 1868, was directed to a tiny house in Sydenham Grove, but soon found the accommodation too small for the two schools they contemplated, i.e. boarding school and orphanage. A month later they took over a large house in Central Hill (Park House) once, it is believed, a hunting lodge of Geo. IV, standing in 17 acres of ground. (This house was partially destroyed in the 1939-45 war, restored and now houses the Junior School).

Children both for the Orphanage and for the Boarding School came in ever-increasing numbers. The Irish immigrants after the potato famine gave the Orphanage as many children as they could cope with but there always seemed to be room ‘for just one more’. In the summer of 1851, a cholera epidemic struck Norwood and the nuns at the Convent worked day and night looking after their charges and themselves. This nursing experience came in useful during the Crimean War. Five nuns from Norwood Convent went to Scutari where they worked under Florence Nightingale, nursing sick and wounded, although the Order is officially a teaching one.

The nuns now found themselves in financial difficulties, the purchase of the house having taken all their available money. However, the Mother House in Normandy contributed £6,000 and Dr. (now Cardinal) Wiseman, titular Archbishop of Westminster, added £1,000. So work began on a building to house several hundred children. The old mansion was demolished, the foundation stone for the new Convent was laid in 1855 and in September 1857 the building was dedicated by Cardinal Wiseman. It included good classrooms, dormitories and refectories. Henriette was the first Mother Superior – St Marie. She died in 1858 and was buried at the Mother Convent La Delivrande. Some time later, a fund was started to enable the Convent proper to be built for the nuns to live in. It also became imperative to provide for the needs of sickness and advancing age of the nuns. The then Duke of Norfolk was the first to support a scheme under which a £150 donation provided a cell on which the name of the donor was inscribed.

Until the last war, the Convent was practically self-supporting, having its own little farm. Orphaned children and children of broken homes still find a kind welcome at the Convent, although these children are now sent there through the local authority. On the roof of Virgo Fidelis Church used to stand the figure of St. Michael and All Angels. This statue began to crumble, and was judged unsafe and so was removed. The Church was built in 1871 as a memorial to England’s first Roman Catholic Bishop after the establishment of a Roman Catholic hierarchy in Britain: Bishop Thomas Grant.

Today Our Lady’s School (original name of Orphanage) caters for 150-160 children sent by Croydon Education Authority. The Senior School – Fidelis – has about 300 girls and 60 boarders, including girls from China, India and Malay. There is an excellent transfer scheme whereby senior girls can go for a year to various Convents in France to improve their knowledge of the language.

Note: Our Lady’s School was closed some years ago, but the Senior School has become a Voluntary-Aided school maintained by Croydon Local Education Authority, although it maintains its high reputation.

Courtesy of the Norwood Society Review published in 1968 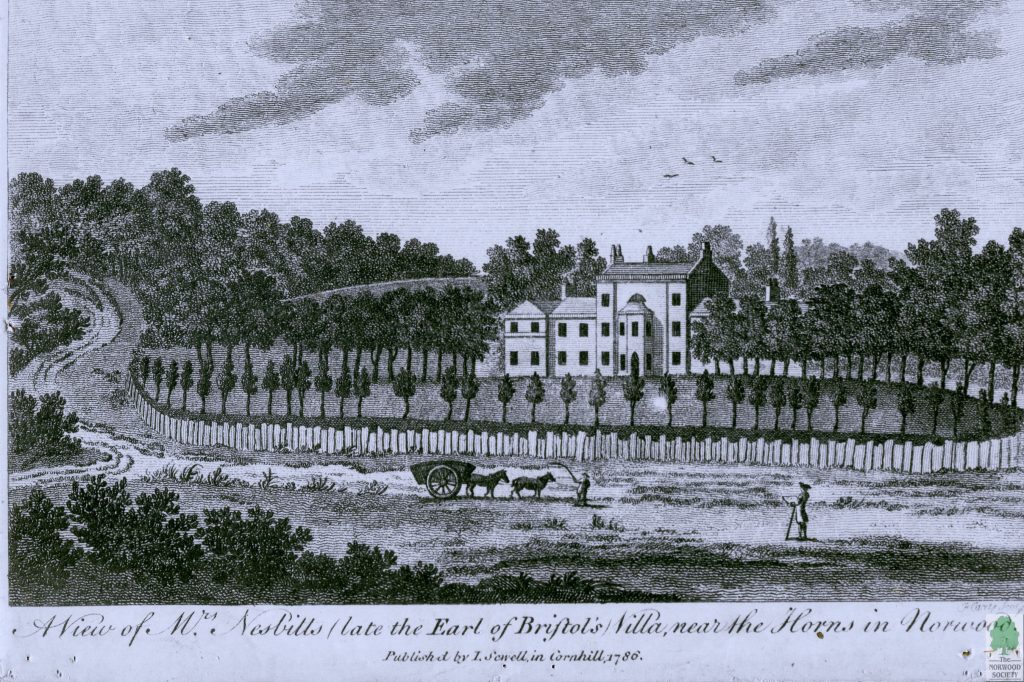