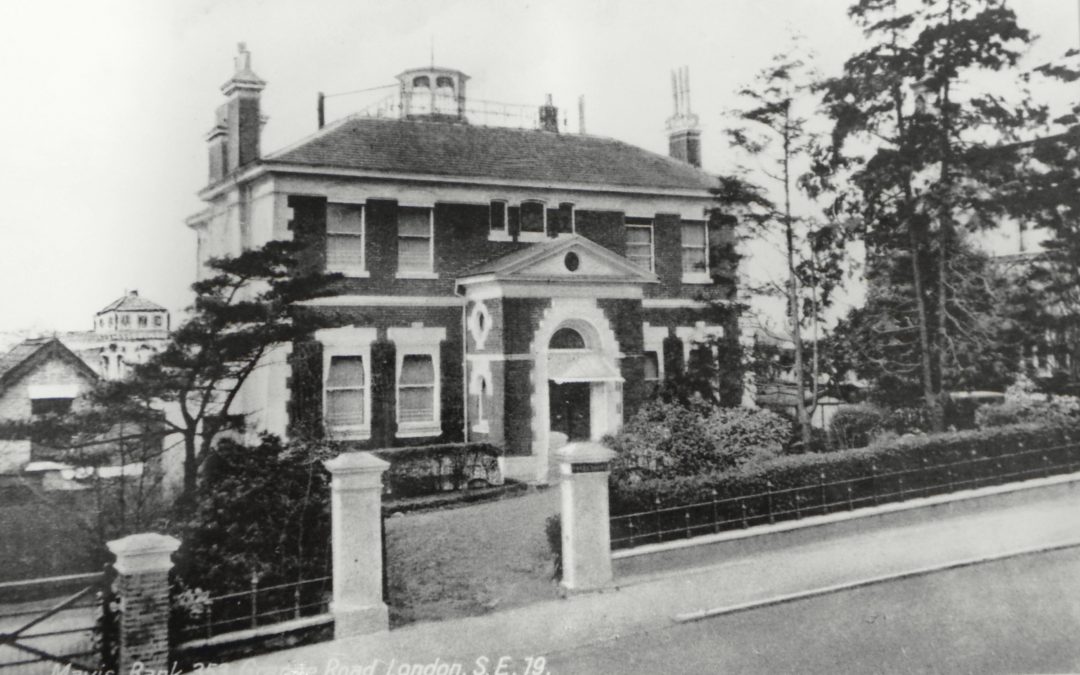 Mavis Bank was the second of the Grand Victorian villas to be on Grange Road.  It was built 1861/2 on land around the edge of the Beulah Spa Estate sold off by Frederick Horne after he had bought it in 1859.  It was by far the largest of those on the western side of Grange Road.

The first recorded inhabitants were Alexander and Mary Ann Croll and various relatives who lived there between 1874 and 1912 (Ward, 1874-1955). Alexander Croll, should not to be confused with Alexander Angus Croll an important British engineer and Sheriff of London, was born in Scotland in 1812. 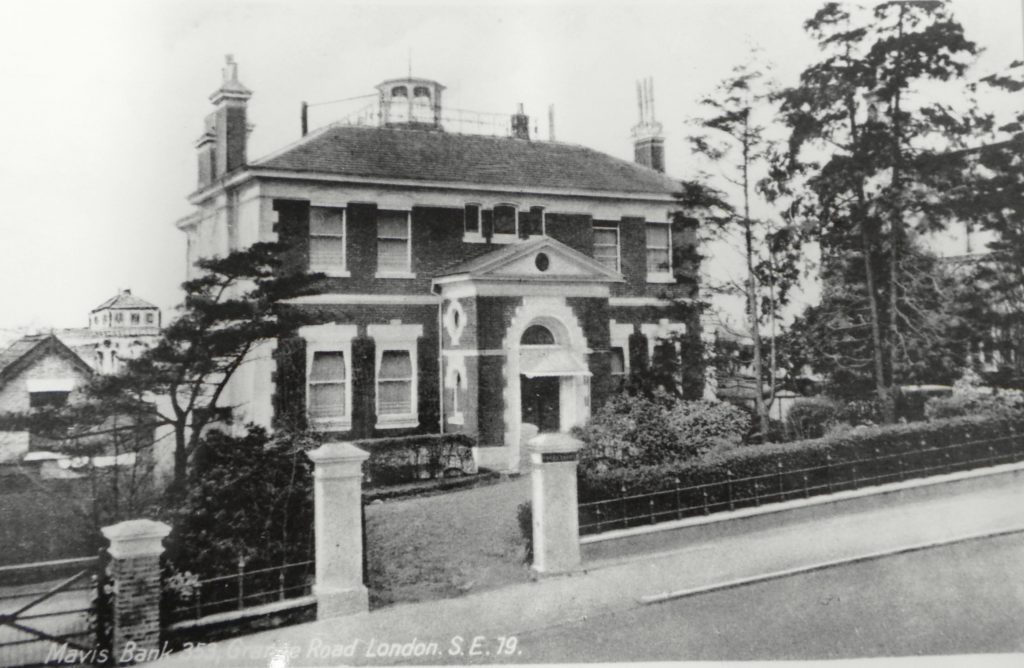