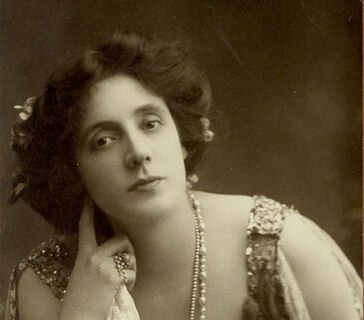 Mrs Patrick Campbell, made her first appearance on stage at the institute in Chapel Road in a concert party called the Anomalies.  Her appearances became more and more popular and eventually police were needed to regulate the line of private carriages which would line up on the entire length of both sides of Chapel Road.

For more information about her career see:  https://en.wikipedia.org/wiki/Mrs_Patrick_Campbell