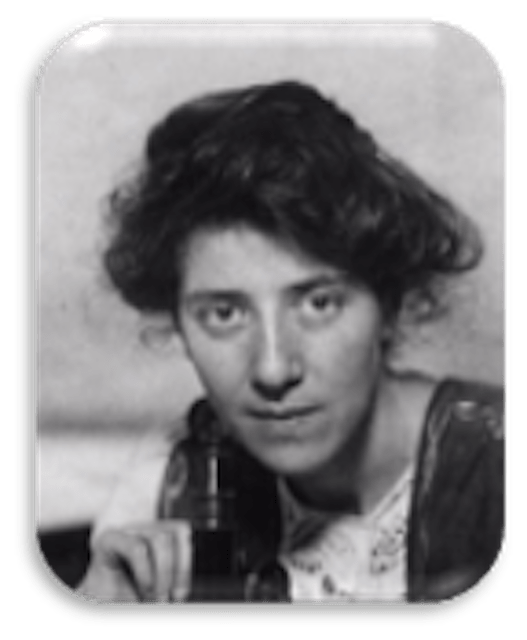 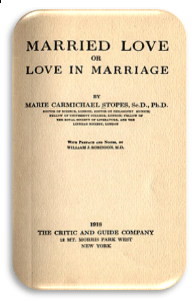 Marie was an apalaebotanist, which studies the recovery and identification of plant remains from geological contexts with the bearing upon the evolution of life in general.  She was also a Women’s Rights campaigner.  As an author, one of her well-known publications was ‘Married Love’ in 1918, when she was 38.  This publication was controversial and influential and brought the subject of birth control into wide public discourse.  She opposed abortion, arguing that the prevention of conception was all that was needed.

During a geological survey and research in New Brunswick, North America in 1910, she met Canadian researcher Reginald Ruggles gates and became engaged two days later.  They married in March and returned to England on 1 April that year.  Marie continued her research which she delivered in 1912.  The Government of Canada published her results in 1914 and later that year, her marriage to Gates was annulled.  During their marriage, he was disturbed by her suffrage support, failed to assert his position as head of the household and was frustrated.  Their marriage fell apart amid squabbling over the house and rent.  She filed for divorce on the grounds that their marriage had never been consummated.  Gates did not contest the divorce.

During WWI, she was involved in the studies of coal for the British government, which culminated in the writing of ‘Monograph on the Constitution of Coal’ in 1918. The success of her work on marriage issues and birth control, led her to reduce her scholarly work, her last scientific publications were in 1935.

In 1918, she married Humphrey Verdon Roe, the financial backer of her most famous Work ‘Married Love: A New Contribution to the Solution of the Sex Difficulties’.  Their son, Harry Stopes-Roe was born in 1924.  She was against his engagement to Mary Eyre Wallis in 1947, for various reasons including the possibility that any grandchildren might inherit.

In 1913, she began to write a book about the way she thought marriage should work.  She met Margaret Sanger who had just given a talk on birth control at a Fabian Society meeting and asked her advice regarding the chapter on contraception.  Publishers Blackie and Son and several declined to publish the book. When Marie met Humphrey Verdon Roe, Marie’s second husband in 1917, she received the boost that helped her publish her book.  Roe was a philanthropist interested in birth control and he paid Fifield & Co to publish the work.  The book was an instant success, requiring five editions in the first year.  It was published on 26 March 1918 and less than two months later they were married and she had her first opportunity to practise what she preached in her book.  The success of ‘Married Love’ encouraged her to provide a follow-up, ‘Wise Parenthood: A Book for Married People’, a manual on birth control which was published later that year.  Readers wrote to Marie for personal advice, which she happy to give.

The following year, Marie published ‘A Letter to Working Mothers on How to Have Healthy Children and Avoid Weakening Pregnancies’, a condensed version of ‘Wise Parenthood’ aimed at the poor.  It was a 16-page pamphlet and distributed free of charge.

In 1919, aged 38, Marie was pregnant and a month overdue, entered a nursing home, but sadly gave birth to a stillborn baby.  She returned to work in 1920, with public speaking and responding to letters seeking advice on marriage, sex and birth control and arranged for ‘Letter to Working Mothers’ to be distributed in the slums of East London.

In 1923, Marie bought the Old Higher Lighthouse on the Isle of Portland, Dorset.  The island’s Jurassic fossil forests provide her with endless interest.  She founded and curated the Portland Museum, which opened in 1930.  The cottage housing the museum was an inspiration behind ‘The Well-Beloved’, a novel by Thomas Hardy, who was a friend of Marie.

Marie Stopes opened her first Family Planning Clinic in Whitfield Street near Tottenham Court Road, which was Britain’s first Family Planning Clinic, after moving from its initial location in Holloway in 1925.  Gradually, she built up a small network of clinics across Britain, working to fund them.  Her clinics did not offer abortions.  She thought birth control was the only means families should use to limit the number of offspring.

She was acquainted with literary figures of the day, such as George Bernard Shaw and HG Wells. Noel Coward wrote a poem about her.  She edited Lord Alfred Douglas’ letters.  In her later years, Marie published several volumes of poetry in her later years.

An English Heritage Blue Plaque commemorates Marie Stopes at 28 Cintra Park, where she lived from 1880 to 1892.  It was unveiled in 2010 by her daughter-in-law Mary Stopes-Roe and her grandsons Jonathan and Christopher Stopes-Roe.