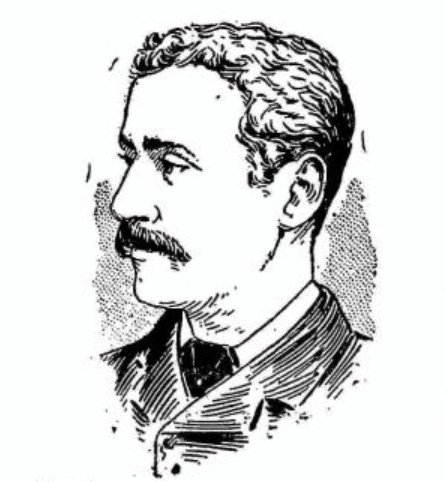 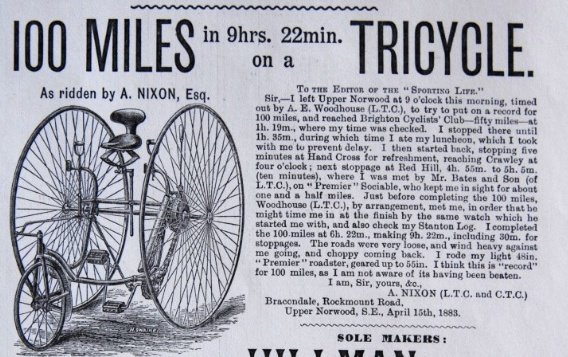 In 1883 he was the winner of the first 100 miles road championship of the London Tricycle Club between Boston, Lincolnshire and Bell Bar, Hertfordshire. In 10 hours 38 minutes.

Nixon, representing the London Tricycle Club, took part in the London Tricycle Club twenty four hour completion in July 1883.  The 226-mile course started from Caterham Junction and went through Brighton, Shoreham, Arundel, Chichester, Fareham, Romsey, Salisbury, Winchester, Alton, Guildford, Ripley, Kingston, Merton and Croydon.  Sixty-seven riders started at midnight on the Friday. The winner was T R Marriott of Nottingham BC who covered 218.75 miles. Alfred Nixon finished third with 201 miles retiring at Ripley at 10.23pm. Webb reached Alton, 176 miles along the course and finished 10th but was not given the gold medal to these who reached this spot as he arrived there outside the time limit.[iii]

In 1884 he completed the Land’s End to John O’Groat’s journey in eight days 11 hours 45 minutes. Starting again on 16 August, he covered 856 miles in eight days. (see Appendix 2). If this was not sufficient on the 28th of August he set off from Holborn Viaduct in London and covered 397 miles to Edinburgh arriving after 2 days and 23 hours. [iv] For this trip Nixon rode an Imperial Club tricycle manufactured by. The machine weighed, including luggage 90lbs (40.82kgs). 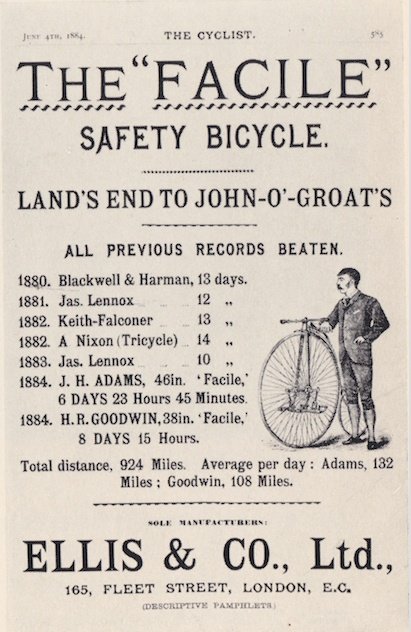 Tricycles were the machines of the day in the 1880’s. At the annual Stanley Show held in London in 1883 there were 289 different tricycle models on display as against 233 bicycle models.

Nixon was not the only Upper Norwood tricyclist that completed the Land’s End to John O’Groat’s journey on August 1884. Henry John Webb of Woodland Road set off a day, on a lighter and brakeless Humber, later than Nixon and completed his journey via Carlisle and Edinburgh covering 898 miles in time of in 7days 18 hours 50 minutes. He had beaten Nixon whose record only stood for three and three quarter hours.[vi] However Webb’s record was not unblemished and that was not the end of the story. His time was significant in that it approached the record of a bicycle held by James Lennox and given that he had been delayed by two accidents. At the start of 1885 Webb was suspended for a year from riding in amateur competitions in Scotland, as a result of evidence being put before the National Cyclists’ Union that he had during the record ride taken the train from Abington into Edinburgh (see Appendix 2).[vii]

In May 1885 he took part in a challenge race with C H Larrette between the end of the tram tracks at Croydon and Handcross, a distance of around 23 miles. Larrette won by 25 yards in a time of 1hr 40mins 15secs. Nixon at this time was credited with being a member of the Crystal Palace Cycling Club.[viii]

In 1888 using a safety bicycle he took two days and six hours to cover 400 miles between Edinburgh and London. [ix] He had undertaken a journey in the opposite direction in 1884 on his Imperial Club machine. His own account of the journey was published in the Norwood News on 13 September 1884.

In 1904 there were still so few motorists in the country that a guide listed them with a short biography. Nixon is one of the people listed and his note states that he is “working as the manager of the Motor Insurance department of the General Accident Assurance Corporation, Ltd. Has wheeled from Land’s End to John O’Groats. In He made the first 100 miles’ tricycle path record in 7 hours 23 minutes 50.7 sec. at the Crystal Palace in 1881.”[x]