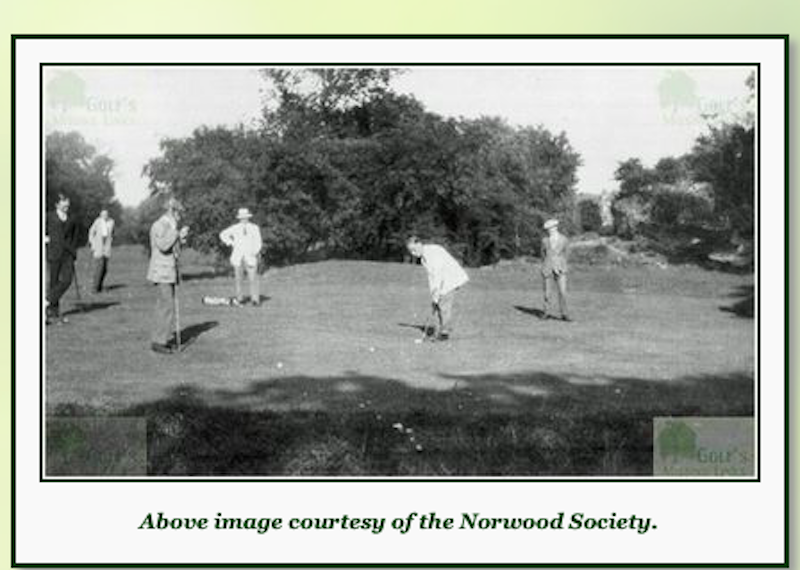 The OS Map of West Norwood dated  1913 shows the existence of West Norwood Golf ground.  It was built on land which had been part of the estate of the late Charles Blake who was responsible for many of the buildings in what is now called the Chatsworth conservation area.

The gold course had nine holes with a club membership of 260 and with a golf professional called C. Drown.  The entrance to the course was either via Casewick Road or Knights Hill opposite Rothschild Street.  The opening fee for visitors was 1/6d a day for 18 holes on Saturdays, Sundays and public holidays.  Other days were 1/- per round.  Amp Mumford presented a cup, to be called St Julian’s Cup.  this was to be competed for by members.  In August 1919 it was reported at the ‘Globe’ newspaper that a Mrs Hassard-Short holed in one on the short eighth hole.  In April 1919 pigs were reported to be kept on the course.

Also advertised at the same time as the golf was the use of hard tennis courts at 2/- per court per hour on Saturdays, Sundays and public holidays.  Other days were 1/6d per hour.  It seems likely that the recently closed West Norwood Tennis and Squash Club are the last remnants of the original club. 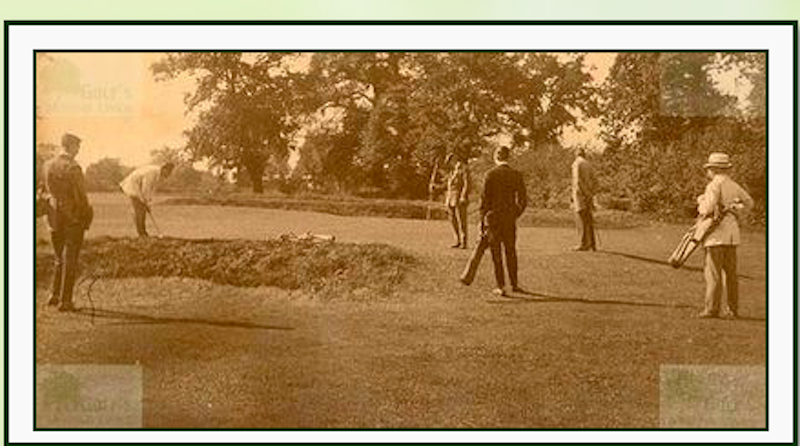 The 1870 OS map also shows a fish pond where the clubhouse and tennis court were later built.  The pond comprised part of the Treadwell Farm fed by the River Effra which ran north east between Cheiviot and Casewick Roads.

A new golf course has been opened at Knights Hill, West Norwood on the estate of the late Charles Blake.  At the opening ceremony the Reverend W. G. Whittam vicar of St Luke’s, West Norwood said they all hailed with gladness the opening of a golf course in such a central position.  The Blake trustees had taken the entire responsibility and had appointed an Advisory Committee.  A general meeting would be called later and the management of the club (except finance0 would be placed in the hands of the members.  Mr Mumford had promised to present a cup, to be called the St. Julian’s Cup and Mr Porttal would also present a prize.  The laying out of the ground had been promptly carried out, as it was only on February 25th that the work was begun.  For this they were indebted to Mr Mapleton, manager to the trustees, who had been assisted and advised by an expert.  Mr Portal in declaring the course open, said golf was a game for all, and he was certain that when some of the younger ones grew old they would think very pleasantly of the golf course at Norwood. 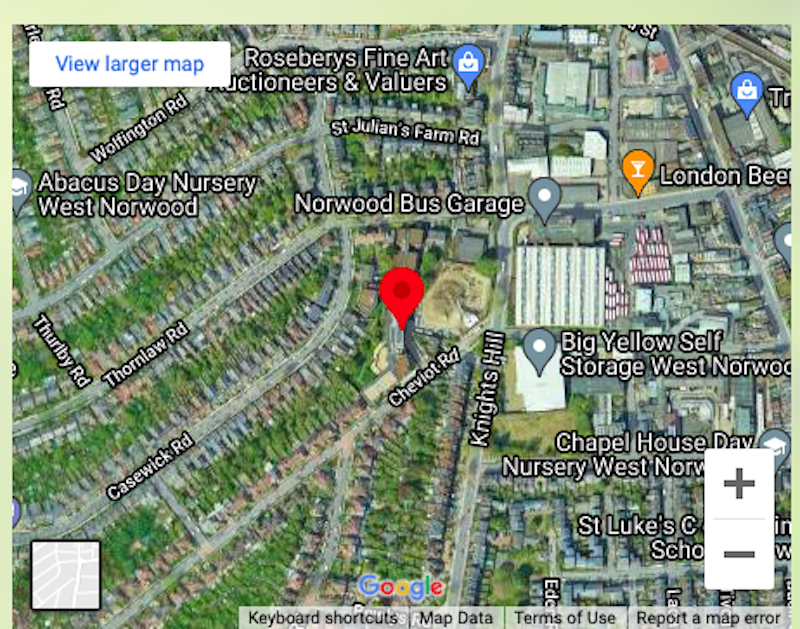