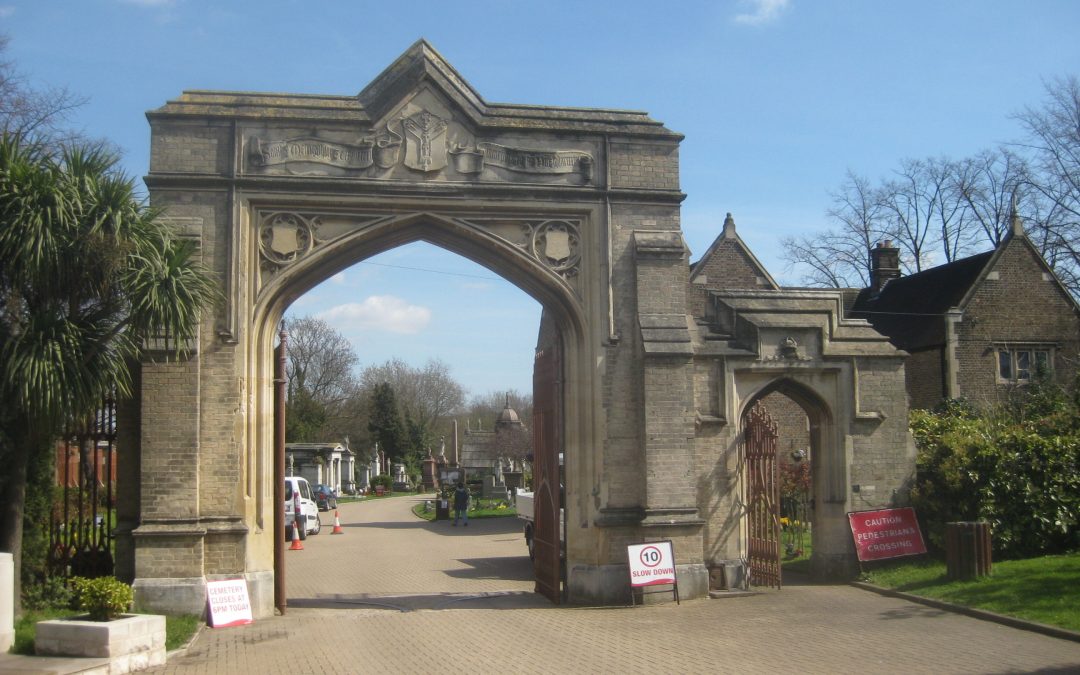 The cemetery was founded by an Act of Parliament in 1836 and was consecrated for its first burials in 1837.  In 1836 the South Metropolitan Cemetery Company bought land from the late Lord Thurlow’s estate in Lower Norwood and created the second of the ‘Magnificent Seven’ cemeteries built to deal with London’s over-full church burial yards.

Until 1877 the consecrated grounds were overseen by the Diocese of Winchester and then Rochester before coming under the authority of Southwark from 1905.  It was the first cemetery to be built in the Gothic style and attracted the attention of wealthy Victorians who commissioned fine mausoleums and memorials for their burial plots and vaults.[1]