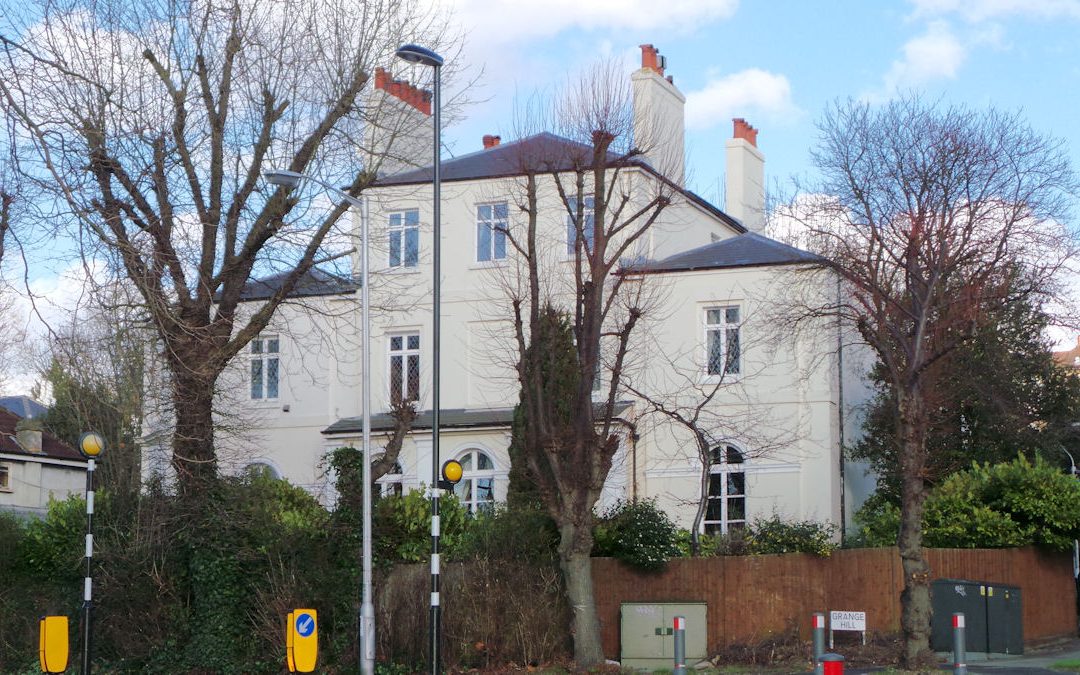 The Grange was built in the early 19 th century and is probably one of the oldest surviving mansions in the area.  It was built in the late Georgian style with a symmetrical three storey front and lower wings but, unusually, with the main entrance at the side on Grange Hill. This was to maximise the number of rooms in the house that could take advantage of the view to the west. There were servants’ quarters at the top, service rooms in the semi-basement and a tradesmen’s entrance beneath the main front door.  The first floor rooms have large arched windows.  There were stables and a coach house on Grange Road.

When it was built The Grange had grounds extending to the rear up Grange Hill, now occupied by 6 and 8 Grange Hill.  The view, now partially obscured, would have extended more than 20 miles and was one of the things that attracted the upper middle classes to this part of Norwood in the early 1800s.

Under the front lawn is a brick-arched double-roomed basement, separated from the house and later converted with the addition of concrete slabs and a coal hole. Its original function is unclear.

The Grange appears on the 1820 Tithe map as being owned and occupied by Henry Barton.

By 1853 The Grange was occupied by the Wigg family, a merchant trading with South America; Brazil and Argentina. William Frederick Wigg married Jannaria from Buenos Aires, Argentina and they lived at The Grange, eventually with five children a governess, a cook and two housemaids.

Following the death of the Wiggs, The Grange was sold off and by 1891 occupied by ‘Uncle’ Josiah Ritchie; described at the time as an astute, plump and comely little American gentleman.  Ritchie lived at The Grange with his wife Elizabeth and son Major Josiah George Ritchie.  Yes, by some odd quirk, he was actually christened ‘Major’!

Josiah Ritchie died at The Grange in 1919 of bronchitis and heart failure leaving £5.5 million, in today’s value, to his wife and son. His wife continued to live there until her death in 1932.

Even before World War II, as with so many large houses in the area, The Grange was divided into flats and the area of land on which major Ritchie honed is considerable tennis skills was sold off for housing. 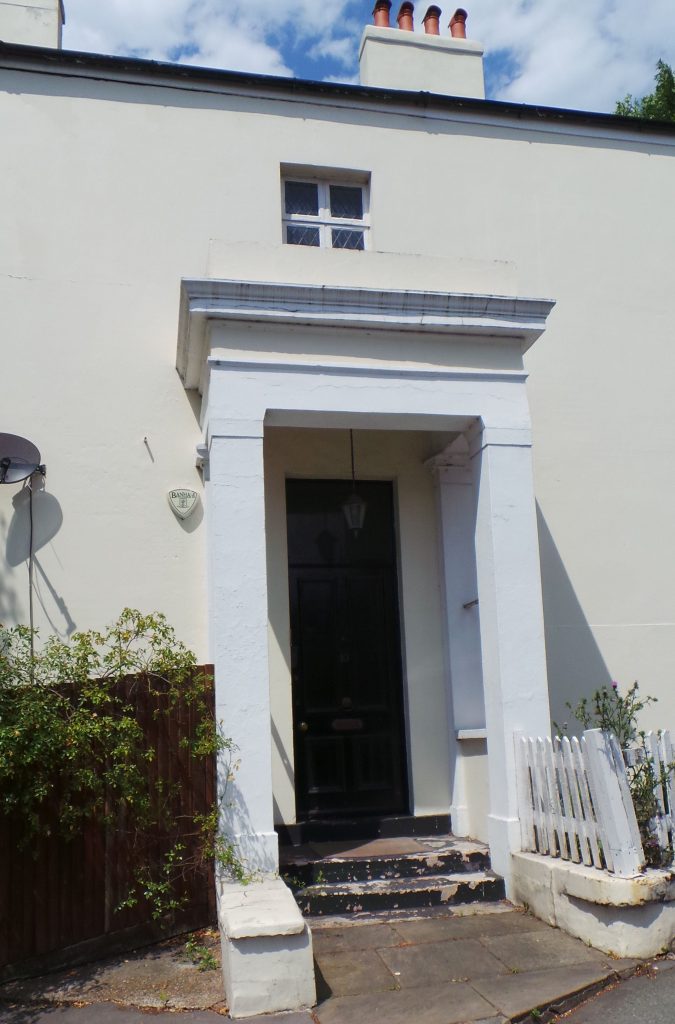 The ‘Front’ door at the side of the Grange, 10 Grange Hill.