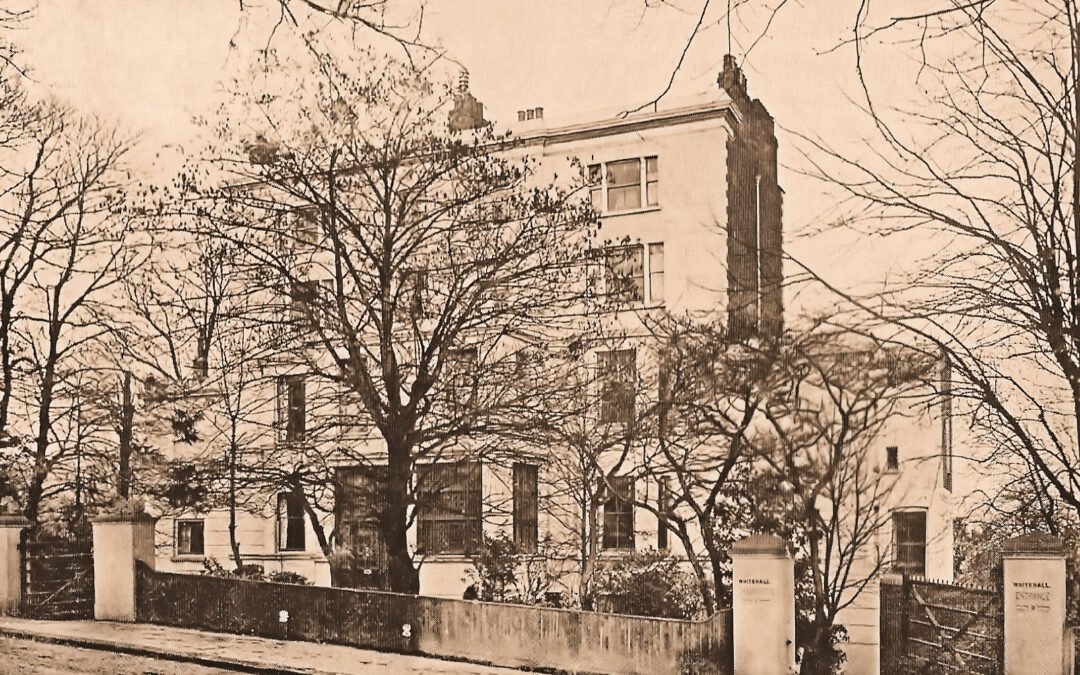 The Firs has also been known as Court Royal and Whitehall.  It was originally two; large, semi-detached houses built over five floors on land sloping steeply down to the east from South Norwood Hill.

In 1867 it was advertised as available to lease at £120 per annum (£9,000) it had ten bedrooms, a bathroom, large dining-room, drawing room, library, conservatory, kitchen, servant’s hall and other domestic offices. There was a well laid out garden with fruit trees and a greenhouse with grapevines.  Some fixtures were to be included.  This description makes it clear that the house had been occupied for some years already but does not make it clear whether this was the whole building or just half. 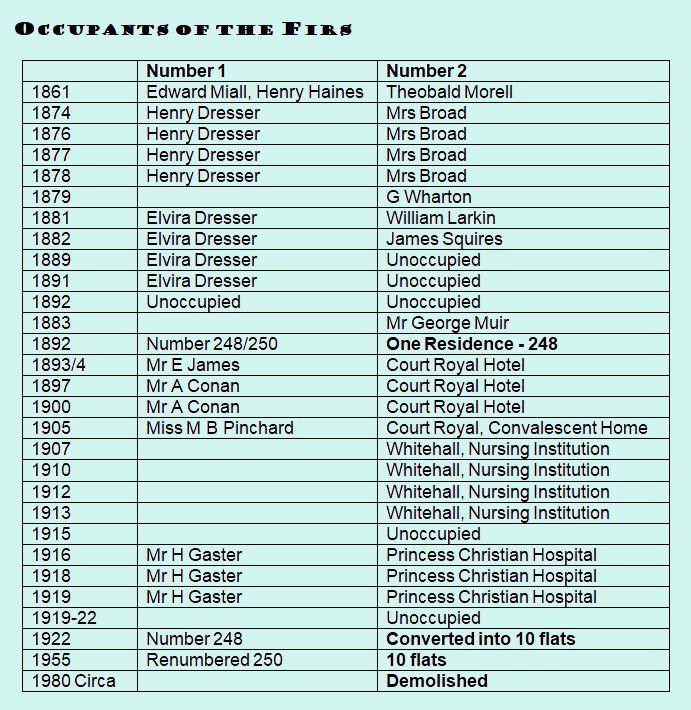 The Firs name changed to Court Royal circa 1892, at which time it was probably converted into one property.  Adverts for the Court Royal Hotel began to appear in 1892 after it had remained unoccupied since the death of the last member of the Dresser family to live there.  It was described as the “Best and brightest pension (highest class) ever opened close to London, yet Scotch-like (sic) scenery and air….croquet, quoits and tennis (three grounds): best billiards; new ‘grand’ stage; six reception-rooms; true refinements; chef: visitors all say, ‘Once known such an ideal home exists, must always fill;’  … stabling”, (Best and Brightest Pension, 1892).  That Christmas it was advertising “music, drama and dance club” attended by 100 members of the local gentry.  With musical tableaux, comedy and dancing, followed by a “Ball” in early January, (Best & Brightest Christmas & New Year, 1892).   It came under new management in 1895, advertising that it was “400feet above sea level with lovely views.  (Court Royal, 1895).

The Sheffield United Football Team stayed at the Court Royal Hotel the night before the Cup Final at Crystal Palace in 1899,

Court Royal was converted into a convalescent home in 1905 and became a hospital to nurse war wounded in 1915. 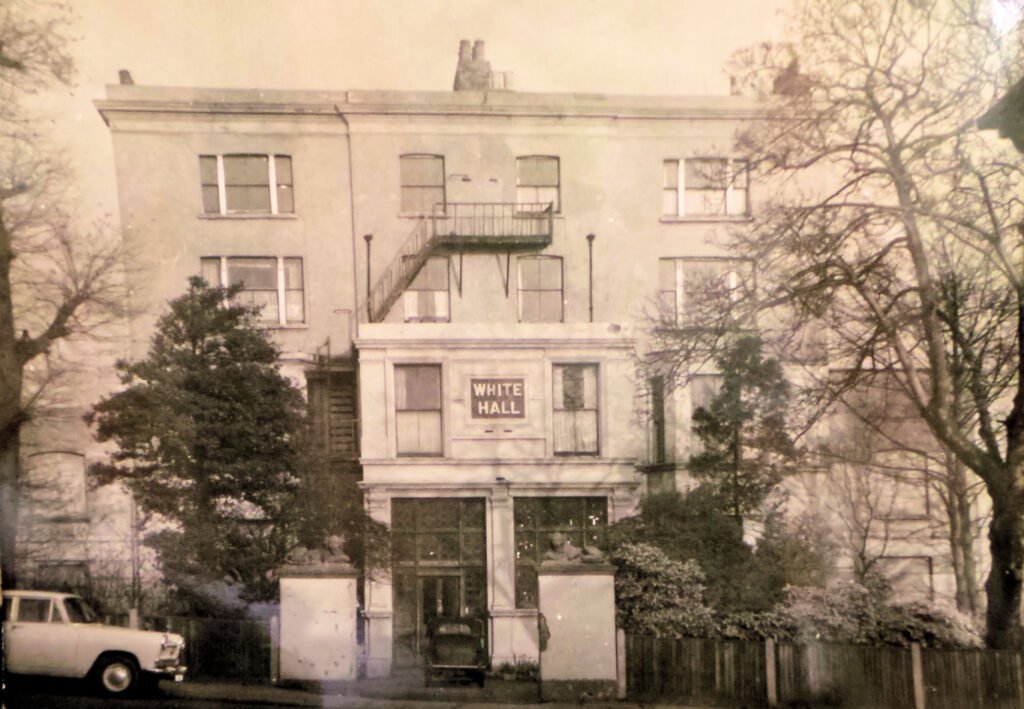 The Firs at the time it was called ‘White Hall’.  A dreadful fire escape has been added to the front of the building to facilitate escape from the flats on the upper floors.

Mr G B Gelder, resident at Whitehall in 1910 went missing on the morning of Thursday 17th February and was found some hours later on the railway line at Norwood Junction Station with a cracked head.  He died on the way to hospital, (Death on Railway Line, 1910).

Princess Christian’s Auxiliary Hospital opened on 24 March 1915 in the old Court Royal Hotel building and was then known as Whitehall.  It had 52 beds and was affiliated to the Fourth London General Hospital.  It had a well-equipped operating theatre, an X-ray apparatus, and massage and electrical treatment rooms.  There was also a small chapel.  It was run by the London/82 Voluntary Aid Detachment (V.A.D.), initially assisted by the London/118 V.A.D., both of the Order of St John, who had equipped it with the help of the local residents. Princess Christian had accorded it her patronage and the Hospital was named after her.

The nursing staff consisted of a Matron and 3 trained Sisters.  As well as nursing care, members of the V.A.D.s undertook kitchen, domestic and gardening duties.

Early in 1916 the London/118 V.A.D. ceased to assist at the Hospital and the London/82 V.A.D. continued on its own, with occasional help from members of the Croydon V.A.D.

With the help of volunteer workers and local residents it became a much-valued and popular institution. Sir Ernest Tritton, the long-standing Member of Parliament for Norwood, was the Hospital’s first Chairman, and Lady Falkland was Commandant of the Nursing Order.

The local residents provided entertainments for the patients, who were invited out to tea, or taken for drives in the country.  Concerts and picnics were organised, and theatre tickets provided.  The Hospital had a large selection of books in its Library.  In good weather, outdoor games were played in the garden, which also had an open-air shelter where patients could sit and enjoy the fresh air.  In the summer a garden fete was held.  Each year a Sale of Work (some of which had been created by the patients) was held in the grounds to raise funds for the Hospital.  In 1916 this raised £129, in 1917 £150 and, in 1918, £195.