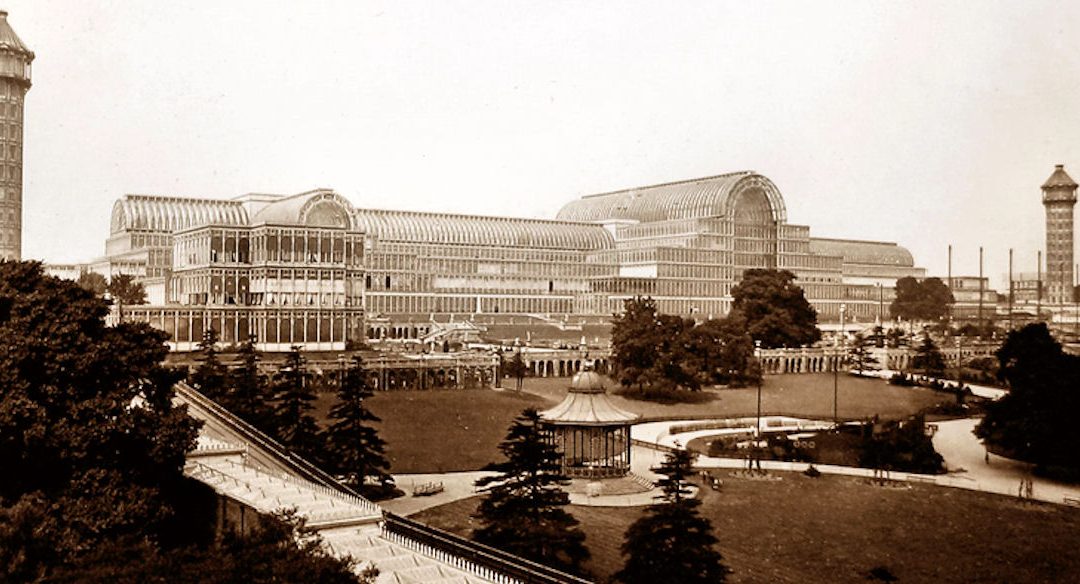 The Palace was designed by Sir Joseph Paxton and after the Great Exhibition finished in October 1851 he had the idea of moving it to Penge Place Estate, Sydenham as a ‘Winter Park and Garden under Glass’.

August 1852 saw the rebuilding work begin and in June 1854 Crystal Palace was re-opened in its new location by Queen Victoria.

The whole building was enormous – 1,848 feet long and 408 feet wide including two huge towers and many fountains with over 11,000 jets rising into the air.

The palace and the grounds became the world’s first theme park offering education, entertainment, a rollercoaster, cricket matches, and even 20 F.A. Cup Finals between 1895 -1914.

The site attracted 2 million visitors a year and was also home to displays, festivals, music shows and over one hundred thousand soldiers during the First World War.

Part of the gardens included a prehistoric swamp complete with models of dinosaurs. They were the first model prehistoric animals ever built only some 30 years after dinosaurs were discovered.[1] 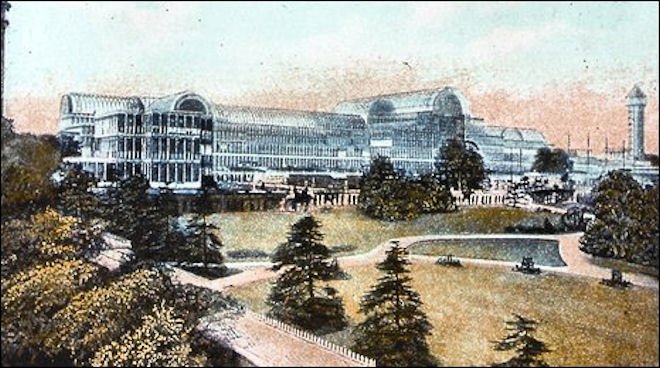 The Crystal Palace viewed from the south east

There are six figures remaining today and it is it possible that there were originally eight. They are copies of an original Egyptian statue in the Louvre Museum in Paris. They appear to have been made in an early form of concrete, part modelled in situ and part pre-cast. In places the brick core of the sculptures became exposed, saplings have taken root in surface cracks and their stucco finish has discoloured after years of exposure. Each of the sphinx statues will get two coats of paint. The two sphinx statues that are close to Anerley Hill are undergoing more repair than the other four. The staircase they flank, blocked off for many years, has been cleared of vegetation and also restored.

One of the recently refurbished sphinx.

The choice of colour – a terracotta red – is based on some archaeological research. Paint scrapings were taken from the sphinxes, showing that they had been regularly painted up to the end of the 19th century, with evidence of eight layers of paint.