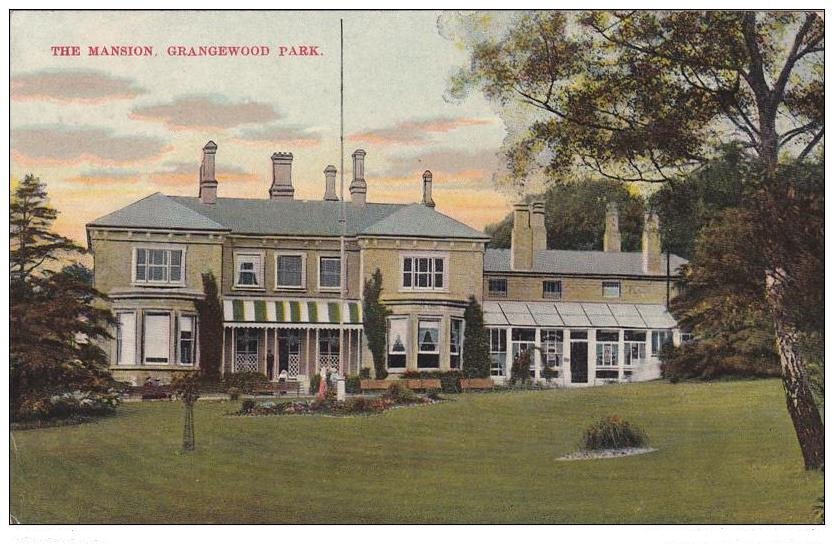 Grange Wood House was built in 1861 for Charles Hood.  It was built near the southern end of the Norwood spur at an elevation of 92 metres (300ft), to ensure commanding views to the south and southwest.

Hood commissioned the building of Grangewood House in 1861, where he moved with his wife the following year. The house was a grand detached Italianate Victorian villa.  This part of Norwood had become very fashionable and was occupied by a number of wealthy merchants in large houses some of which, such as nearby Grangehyrst and Grangewood stood in extensive grounds.

Grange Wood was built on the southern end of the Norwood spur with commanding views southwards from its large bay windows and veranda.  It had a lodge, extensive stabling, with living rooms and laundry and a walled kitchen garden with greenhouses to supply vegetables to the house.  Hood had the trees in front of the house cleared and the area landscaped to open up the view.  Charles lived there in 1871, his wife was absent for the census, visiting friends. At that time they had only two domestic servants and a gardener.  The house was on two floors, with basement and consisted of:

At some point after the death of his wife, Charles moved to Bayswater where he subsequently died.  Following his death the Metropolitan Asylums Board applied, in 1893, to build a “Fever Hospital” in the grounds of the Grange Wood Estate in Upper Norwood.  An inquiry was held with wealth local residents protesting of a danger to their health and, probably more importantly, about the detrimental effect such an establishment would have on the value of their properties.

The Local Government Board subsequently refused permission for the hospital, though the application had already been withdrawn.  The Board was accused of kowtowing to the demands of local residents and failing in their duty to “restore the health of the sick poor of the slums”. 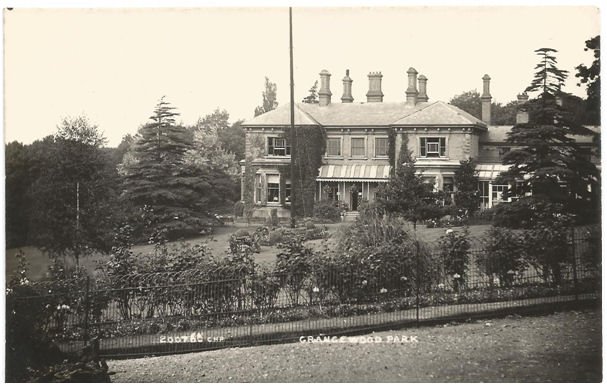 Supposedly during WW1 it was used to billet Canadian troops, however there is no evidence to support this. The house was occupied from by J Jeffreys 1910-1914, and then James Still 1918-1925, (Ward street directories).

Following the purchase of the park by the Corporation the mansion was used as a Museum which housed a fine collection of minerals, corals, shells and local Roman antiquities. One room in the Mansion was known as the Veterans Club for the use of the male pensioners of the district where they played cards and other various games or sat and talked. Visitors to the park and museum could obtain refreshments from the tea-room in the house.  The museum was badly run by the Parks Department of the council who were far more interested in plants than antiquities!

The nursery and greenhouse that served Hood were used by the Corporation for plant production and locally was famous for its chrysanthemums; in the autumn the greenhouses were open to the public so that they could see them. During the war, like other Corporation nurseries, it was given over to food production. After the war part of the nursery was demolished to make room for tennis courts and in the mid sixties it was closed when all nursery production in the Borough was transferred to one central site.  The museum collection was stored in an out-house at the outbreak of WW2 was broken in to and many of the items were damaged or stolen.

The house was damaged during the war and then left to deteriorate.  It was finally demolished by the council in 1957!