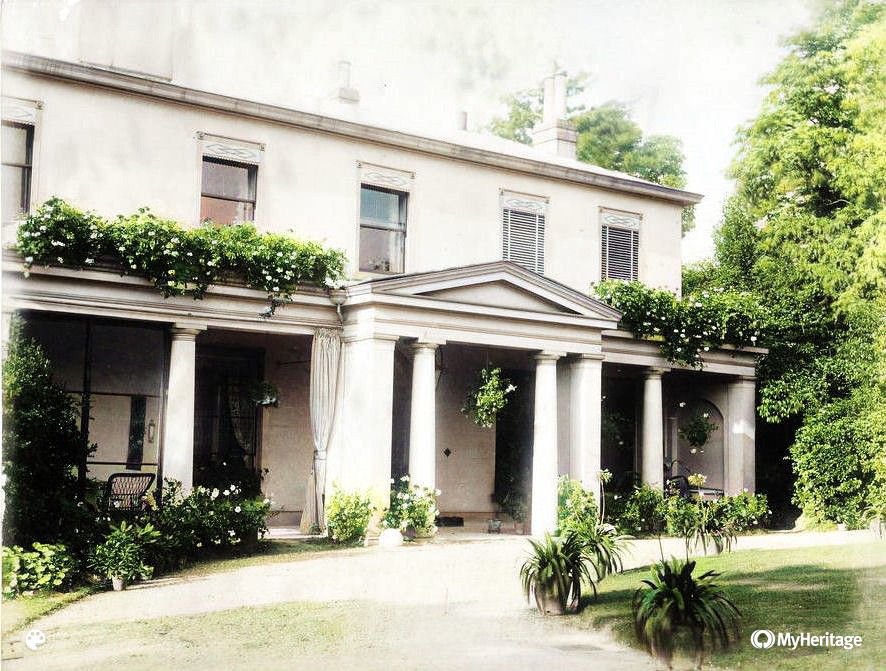 Sadly the once mafnificent Grangehyrst which was approached from Grange Hill is no longer extant. Grangehyrst was a large, late Edwardian villa with a lodge house set in extensive grounds on the south side of Grange Hill.  Before 1818 Jean (John) Francois (Francis) Maubert (1796-1849) bought up a eight plots of land to the west of Beggars Hill (South Norwood Hill) and south of Grange Hill, including 3589-3596.  The land was not held in his name as he did not hold British citizenship until 1919. 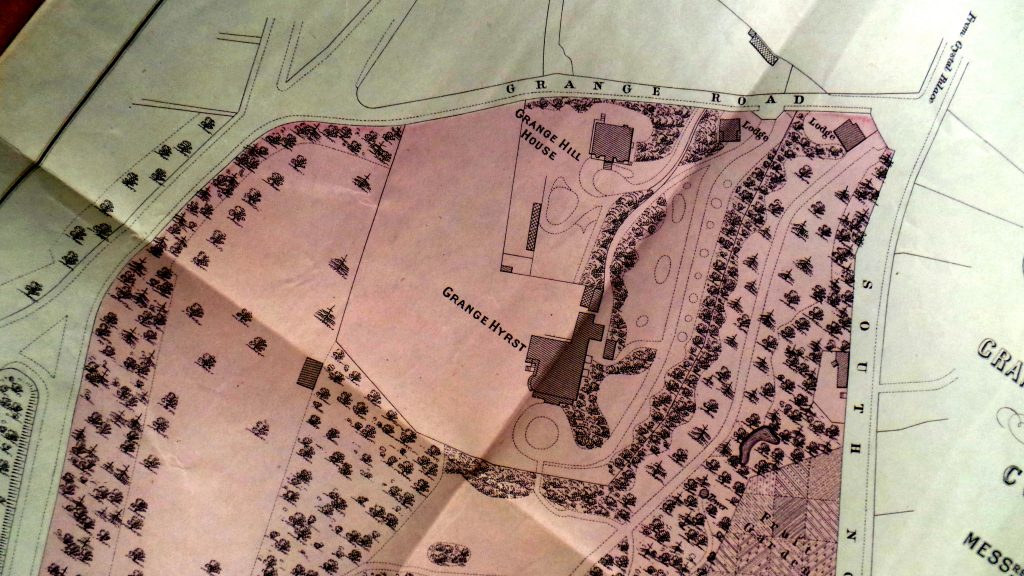 Grangehyrst appears on the 1848 Croydon Allotment map but was probably built during the 1820s.  The house consisted of two floors and a basement.  On the first floor were six bedrooms, two dressing rooms, one bathroom with H & C and two WCs; four servant’s bedrooms , bathroom and WC.  The ground floor comprised of dining, drawing, morning and ante rooms.  The domestic facilities included a kitchen with range, scullery, larders, pantry, sitting room, servant’s hall and WC.  In the basement was a laundry, drying rooms, strong room and various cool larders and cellars. The house had commanding views to the south and was served by a lodge (White Cottage) between it and Grange Hill.  On the 1894 map Grangehyrst was called Preston House.  The lodge similarly over three floors was large with five bedrooms and almost the same facilities as the main house.

Grangehyrst was inherited by Lord Falkland after the death of Mrs Maubert in 1863.  Croydon Corporation was concerned in 1902 that the house had been empty for 40 years.  When put up for sale in 1912 it was described as an ‘Old-fashioned Residence’ which had been ‘occupied by the military authorities for some time and in need of repair’.  In 1924 it was noted as being used as a dormitory.