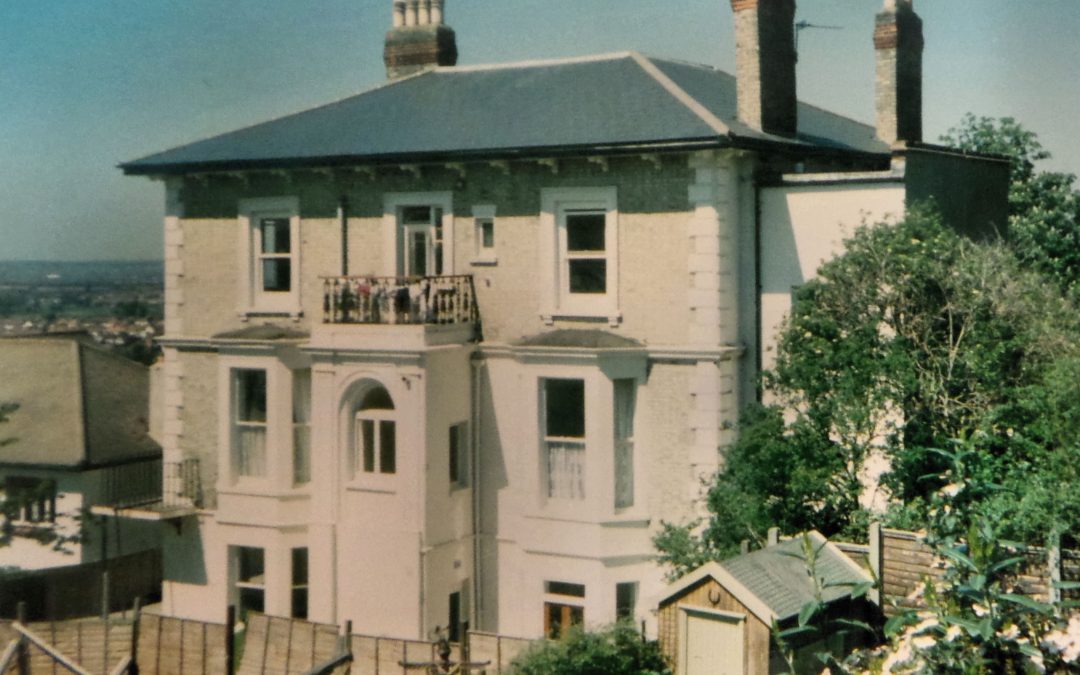 Grange Hill House a detached Victorian villa on three floors was built in the 1850s. It stands in what was an enclave into the Falkland Park Estate on the southern side of Grange Hill.  It was built to make the most of the extensive views and stands with its back to the road.  The house is clearly visible on the 1863 OS map.  At that time it had a drive entering the grounds to the north and sweeping round to the original fron of the house.  It had four large reception rooms and a WC on the ground floor.  On the first floor there were five bedrooms, dressing rooms a bathroom with hot & cold water and a WC.  On the lower ground floor were servants’ rooms, a panty, kitchen, scullery. larder, WC and coal cellar.

As well as the turning circle in front of the house for carriages to drop off the Morrisons and their visitors there was a large green house and extensive gardens.  The house was occupied by the Morrisons form the mid 1850s. Mr Morrison was a London banker and stockholder who originated in Scotland.  He lived in the house with his wife, a cook and housemaid until his death in 1884.  His wife lived there until her death in 1890.  It was put up for lease in 1895 and renamed Garange Hill Lodge, but remained empty until Arnold De Beer moved in and lived there until his death in 1899.  Lt Col MacCall and his wife moved in, in 1908.  He was a retired Officer in the 8th Bengal Cavalry.  Like ‘Dr Watson’ he fought in the Battle of Maiwand 27 July 1880.  After Lt Col MacCall’s death in 1911 his wife lived on until her death in 1934, after which time the house was converted into flats.