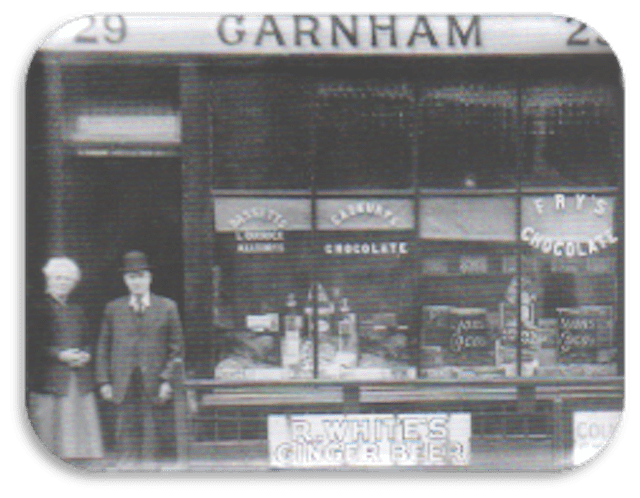 One of the building casualties was The Garnham store at No 29, which was near Woodland Road on the Portland Terrace section. One childhood memory from a resident of No 32 Woodland Hill, a few years ago, said “Shopping also formed part of our many adventures and we were encouraged to go shopping either across to Mrs Garnham Little General Stores, or Mrs Kirby’s shop on the corner. I was asked to go for a jar of Bovril, but being apprehensive, I didn’t want to go and said, “But I can’t say Bovril”, which made my mother laugh.

“Father went to the war and Ma and my brother spent much of our time with our grandparents in Barnfield Road [now Bristow Road]. One of my earliest recollections is being brought downstairs to the kitchen from my cot, being held in a blanket by Granny and seeing a Zeppelin in the searchlight. After the war had ended father came home with his many scars, he had travelled much and we lived back again in Woodland Hill.
Our own home, I remember, was comfortable and always full of laughter, comings and goings, people popping in for a game of cards or darts, shove h’penny (mother was a dab hand), or a chat. Even the wonderful warm evenings when cards were played in the garden, lit by numerous coloured jars with night lights and the gas from the oil lamp in the scullery. Modern amenities came later. The gas light with the ever breaking mantle and clogging burner – the galvanised bath on the kitchen floor in front of the stove, were later replaced by a bathroom and geyser put in by my father.
Father was a Jack of All Trades and from his first employ in Norwood as a Butcher at Pulley’s, No 35 Gipsy Hill and travelled around with pony and trap, which were kept in stables in Spooners Yard (opposite Beacondale Road). He loved horses and gained a Certificate of Merit for his grooming, to the advent of Pulleys garages which were built on part of the French’s Dairies – the barn being the big workshop”.
( Courtesy Norman Ray 2019)