1883 The Church of SS. Michael and All Angels, South Vale, Upper Norwood

1883 The Church of SS. Michael and All Angels, South Vale, Upper Norwood

In 1883 the Norwood News Office reported the Church of SS Michael & All Angels, South Vale, Central Hill, Upper Norwood had opened.  The Churchwardens of All Saints wrote a detailed letter to the Norwood News stating that John Wilson-Haffenden had opened an ‘iron church under the name of SS Michael and All Angels as a place of public worship in South-Vale, Norwood’.  They went on to state that he was not entitled to hold such services as he was ‘disqualified to hold preferment in the Church of England’.  (SS Michael & All Angels, 1883) 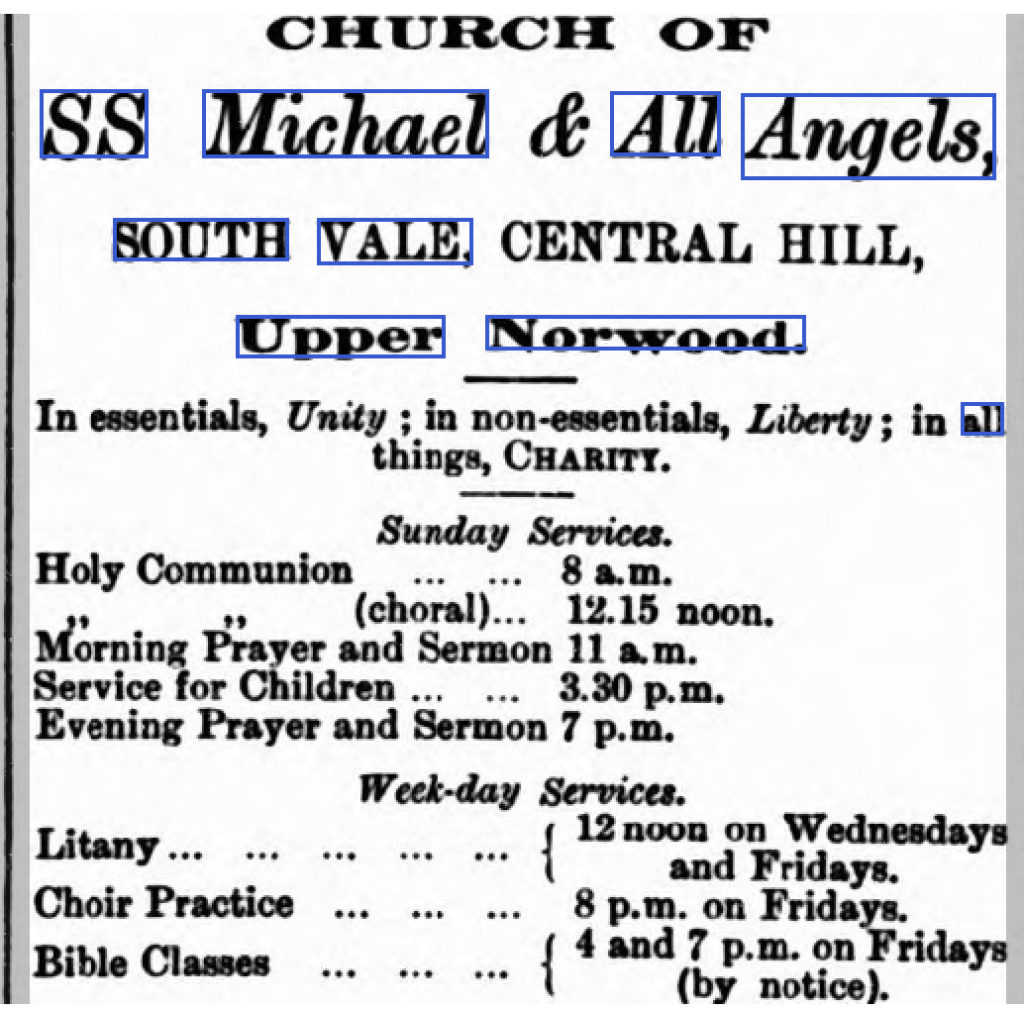 The Church of Ss Michael & All Angels, South Vale – advert for activities

William Haffenden replied by way of explanation that he had ‘taken advantage of the “Clerical Disabilities Act” 1870, the object of which was ‘to enable a clergyman to enter parliament’.  (SS Michael & All Angels 1883).  Whether he stood for Parliament or not is unclear but he had obviously moved to Norwood to make a fresh start in his work as a clergyman but had not been granted permission by the Archbishop of Canterbury to do so.  At that time the legislation did not allow for the Archbishop to make any such decision.  He went on to conduct services appealing to his congregation for support and accusing the Churchwardens of being ‘un-Christian’ in their attitude towards him.  (To the Editor, 1883)

It became clear that he had built a private chapel in Upper Norwood with insufficient funds and owed £731 (£65,00 at today’s value), with assets nil.  It was agreed the church was forfeited to the ground Landlord.